A man has been jailed for 17 years at the Old Bailey today,Monday 14 May for the manslaughter of a young father who came to the UK in search of a better life for his family.

Vitalie Daikov, 26 (7.04.91) of no fixed address, was told he must serve a minimum of two thirds of the sentence imposed for the manslaughter of Kamil Metler in Hounslow last autumn.

Police, the London Ambulance Service and London’s Air Ambulance were called to Montague Road in Hounslow at 02:52hrs on 8 October 2017.

At the scene, they found 31-year-old Kamil unconscious in an alleyway between Lampton Road and Montague Road. He had suffered serious head injuries and died at the scene a short time later.

Witnesses told officers that they had seen Kamil being kicked and stamped on the head as he was on the ground. A post-mortem examination held at Uxbridge Mortuary gave cause of death as head injuries.

Detectives established that a few hours before his death, Kamil had been in the Yates pub on Bath Road. He left the pub and was seen on the street outside talking with a woman before they, and a man, moved along Lampton Road to the alleyway.

It was in this alleyway that Kamil received his injuries from Daicov who argued that he feared he had been set up and was about to be robbed.

When officers located Daicov, they discovered that he had not met Kamil before that night.

He was charged with murder on 16 October 2017. Diakov was found not-guilty of this offence.

The woman was not arrested.

Daicov was convicted of manslaughter after pleading guilty at Blackfriars Crown Court on Thursday, 1 March, where he was remanded in custody to await sentence.

Detective Inspector Will Reynolds, from the Homicide and Major Crime Command, said: "Dailkov’s uncontrolled rage has taken the life of a man who had come to Britain in search of a better life and to enable him to support his young son. I sincerely hope that the sentence handed down today brings a measure of comfort to Kamil's family."

Kamil’s mother said: "I have not reconciled myself and I dare say I never will reconcile myself to the fact that my son is dead. I even feel a sort of emptiness, a void between his life and the grave. I did not see him dead and all of that has not got through to my consciousness.

"I try not to think about that, but the image of my son keeps coming back on sleepless nights and I feel a huge pain when I think how much he must have suffered when he was lying, having been beaten mercilessly by Daikov. Daikov left him dying slowly while he quietly strolled about the streets of London, he did not help him, he did not call the emergency services, he took no interest in what was happening to him." 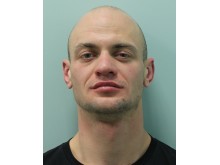