A man has been jailed for the manslaughter of Wayne Hoskyns in Bexley.

Gareth Standing, 38 (15.06.82) of Central Road, Dartford appeared at Woolwich Crown Court on Thursday, 21 January where, having previously pleaded guilty, he was sentenced to four years and eight months imprisonment for the manslaughter of Wayne Hoskyns.

Police were called by London Ambulance Service [LAS] at 16:18hrs on Friday, 19 June to The Parade in Crayford, to reports of a man having been assaulted.

Members of the public and medics administered CPR before Wayne, who was a father of five children, was taken to hospital by London's Air Ambulance in a critical condition. He died, with his family at his bedside, on the afternoon of Saturday, 20 June.

The defendant, Gareth Standing, presented himself at a south London police station on Tuesday, 23 June and was arrested on suspicion of Wayne’s murder.

While Standing was in custody, a post-mortem examination was carried out at Princess Royal University Hospital which found the cause of Wayne Hoskyns death to have been a Subarachnoid Haemorrhage. Gareth Standing was charged with murder that same day.

He responded ‘no comment’ to all questions put to him in police interview and was remanded in custody.

On Monday, 23 November, Standing appeared at Woolwich Crown Court where he entered a plea of guilty to manslaughter which was accepted by the court. He was remanded in custody for sentencing.

The investigation established that on the day of Wayne’s death he and three others, including Standing, were sitting by the café in the park talking, then Standing took offence at something Wayne had said to Standing’s female companion. At the height of this disagreement, Standing punched Wayne in the face, knocking him out. Standing and his companion then left the scene, leaving Wayne lying where he fell.

A number of concerned onlookers came to Wayne’s aid, calling LAS and attempting to help him.

Detective Chief Inspector Helen Rance from the Met’s Specialist Crime Command, who led the investigation, said: “Our thoughts today are with the family of Wayne Hoskyns who was taken from them so suddenly. Despite the legal proceedings now being at an end, the effects of the loss they have suffered will continue in the years ahead.

“I would like to thank the witnesses who came forward to assist my team in establishing the circumstances surrounding Wayne’s death, particularly those who tried to help Wayne and called for medical assistance. I applaud their sense of community and their commendable choice to do the right thing.”

+ A 42-year-old man arrested on suspicion of murder on Saturday, 20 June was released with no further action. 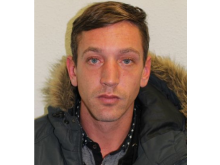