A man who callously attacked and murdered Lee Casey in a Brixton park in August 2019 will serve a minimum of 20 years in prison.

Levi Paschal, 34 (16.05.86) of Clarence Avenue, SW4 was found guilty of murdering 38-year-old Lee following the conclusion of a trial at the Old Bailey on Thursday, 28 January. At the same court on Friday, 26 February, he was sentenced to life with a minimum term of 20 years for the murder. He was also sentenced to 11 years for attempted robbery and six years for GBH against a second victim.

Paschal's partner, Clementine Jones, 32 (14.01.89), also of Clarence Avenue, SW4 was found guilty of attempted robbery and causing GBH with intent in relation to a second victim at the conclusion of the same trial – she was sentenced to 10 years for attempted robbery and five years for GBH. A separate suspended sentence she was serving was activated, adding a further three months to her total sentence.

Their trial heard how on 29 August 2019, Paschal, a drug user, conspired with Jones to rob a man who she had arranged to meet in a park at Rush Green, SW2 under the pretence of buying drugs.

Shortly before midday, the man arrived at Rush Green and sat down on a bench with Lee Casey and another woman. Paschal and Jones arrived and an argument ensued during which Paschal armed himself with a large hunting knife and attempted to attack the man.

He ran away but slipped and was grabbed by Paschal. Lee – seeing the events unfolding in front of him – attempted to intervene. When he did so, he was stabbed by Paschal.

Those present gave first aid until police and the London Ambulance Service arrived. Lee was taken to hospital where he died that afternoon. While Lee lay dying in the park, Paschal and Jones fled the scene.

An investigation was immediately launched by homicide detectives from the Met’s Specialist Crime Command. They identified both Paschal and Jones in the vicinity of the murder scene prior to the attack and also leaving together afterwards.

On 1 September 2019, officers executed a warrant at their address in Clarence Avenue and both were arrested and subsequently charged.

In a statement released on behalf of Lee’s family following the sentencing of Levi Paschal, his sister Michelle Casey said:

“Lee's heroic actions in trying to protect someone did not come as a surprise to us. However, this brave and selfless deed resulted in his life being taken.

"Levi Paschal was willing to destruct anything that got in his way, including Lee's life. He can still see and speak to his loved ones but we will never see or speak to Lee again. How is that fair?

“There is no punishment that he could receive that would ever be slightly comparable to the punishment he caused us when he ripped Lee from us. It will never give us what we want which is to have Lee back, but hopefully for the foreseeable future he will be unable to selfishly take another person's life and destroy another family.

“As a family, we all suffer anxiety on a daily basis, thinking that Lee will walk through the door or call our phones again. The events of that day and the horrific way in which Lee died plays on our minds constantly. The catastrophic damage it has caused us is irreparable.

“All we have wished for is to hear Lee say 'I love you' as he always did, but we will never hear this again.”

Detective Chief Inspector Katherine Goodwin, who led the investigation, said: “The actions of Levi Paschal have utterly devastated Lee Casey’s family and friends. While no words can begin to ease the pain they are suffering, I hope they can take some solace in the fact that Lee was bravely attempting to assist a friend when he was fatally attacked.

“Paschal and Jones set out that day to intimidate and use violence to get their way. While both will now face the consequences of their actions, the real consequence is borne by Lee’s family who have lost a loved one.”

Following the conclusion of the trial on 28 January, Jones was found not guilty of Lee’s murder. Paschal and Jones were also acquitted of a further count of attempted robbery. 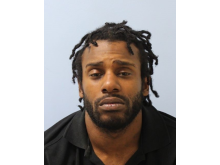 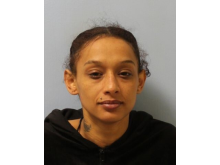 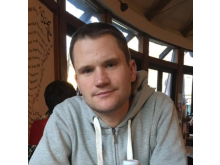