A man has admitted to possession of heroin and crack-cocaine with intent to supply in Hackney.

At 20:00hrs on Tuesday, 10 November officers from the Violent Crime Taskforce [VCTF] were on proactive patrol as part of Operation Sceptre when they noticed a suspected drug deal take place in a car park on Richardson Close, E8.

Both men were detained for a search, on one man, Samuel-Welsh, they found an old-style Nokia phone with texts relating to drug deals. Three rocks of suspected crack-cocaine were found discarded nearby them, believed to have come from Samuel-Welsh.

He was arrested on suspicion of possession with intent to supply class A drugs and at this point he started shouting hysterically at individuals he knew in the street. Officers believed this was in a bid to warn others at his home address so he could ensure evidence proving his criminality was removed. He was unsuccessful.

The other man was not arrested.

At the search of Samuel-Welsh’s home address there was a large quantity of Class A drugs in his bedroom. This included a large rock of uncut crack cocaine as well as a large bag of heroin, as well as smaller rocks of crack. £470 in cash, scales and a flick-knife were also found. He was charged and remanded in custody.

“We know that drugs are linked to violence, Samuel-Welsh is involved with gangs and he is clearly a dangerous individual.

“This stop proves how valuable stop and search is, leading us to identity those who cause real harm and stop them from causing further destruction.

“Operation Sceptre was a week-long of intensified coordinated efforts to tackle knife crime and wider violence and this work will not stop.”

He was remanded in custody and will be sentenced at Wood Green Crown Court on 19 November.

Community intelligence can be used to great effect to not only detect, but also prevent crime, keep London safe and save young lives. 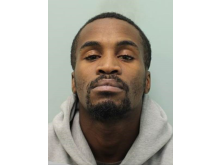 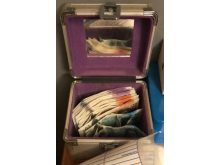