A man has been sentenced following a fatal collision on the Great West Road in Hounslow.

Hopkins pleaded guilty to death by dangerous driving and was also disqualified from driving for three years and three months. He must also take an extended driving test before being allowed to drive again.

Detective Sergeant Aaron Moon, who investigated the collision, said: “Witnesses described how Hopkins had been seen driving at speed prior the collision and that his vehicle ‘sounded like a rally car’.

“Ms Limbu was struck as she was crossing the road and as a result of her injuries, she died at the roadside. Her family has been left devastated.

“This tragic incident should serve as a reminder to every motorist that they should watch their speed and drive carefully. It only takes a matter of seconds for a routine drive home to end with serious consequences.”

At approximately 15:00hrs on 29 April 218, officers on routine patrol in Hounslow came across the scene of a road traffic collision on the A4 at the junction with the A30.

A female pedestrian was found with serious injuries. The officers administered first aid prior to the arrival of the London Ambulance Service and London's Air Ambulance.

Despite their efforts, 44-year-old Mina Limbu was pronounced dead at the scene.

Hopkins, who was driving a Ford Focus RS, stopped at the scene. He was arrested on suspicion of driving under the influence of drugs and taken into custody at a west London police station.

He was bailed as the investigation by the Roads and Transport Policing Command continued, but was later charged via postal requisition.

Following the sentencing, Mina Limbu’s son, Sesehang Angbuhang, said: “Our mother was an honest hard working and kind woman. She is still missed, not just by us, but by all our relatives, friends, work colleagues and even people she only knew briefly.

“Growing up when my brother and I were still in secondary school, our mother would work two jobs to make ends meet. She always emphasised education to both of us. She used to always say because she never had an opportunity to get proper education growing up in Nepal she wanted us to do well in studies here. She inspired us to go to university and always supported us emotionally and financially.

“At the time of my mother’s incident, we had just been back from Nepal after attending our father’s funeral on 24th March 2018. We were already mourning the death of one parent which takes a huge toll on one’s emotional state. You can only imagine what state this incident left us emotionally.

“These past two years have been the dark and difficult times for all of us and we are still recovering from the emotional trauma this incident has caused us.”

Detective Superintendent of the Met's Roads and Transport Policing Command Andy Cox said: "Speed limits are designed to keep road users safe, they are limits not targets and the law should be adhered to. Excessive speed unfortunately remains a common cause of serious and fatal collisions across London and the consequences can be devastating for those involved and their families. Safe speeds are key to achieving the Vision Zero ambition and it’s vital that those driving or riding on our roads respect the law on speed limits. We will actively target speeding and dangerous drivers and ensure they are dealt with robustly." 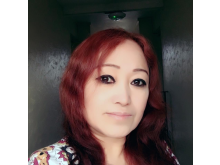