A man has been sentenced following an investigation into the sale of jewellery containing elephant hair.

Rajtharan Mahalingam, 40 (15.10.80) of Down Lane, Isle of Wight was found guilty at Harrow Crown Court on Tuesday, 24 November of seven counts of purchase / offer to purchase / sell / keep for sale / commercial use of products containing specimens derived from endangered species (elephant hair) contrary to the Control of Trade in Endangered Species (Enforcement) Regulations 1997.

He was sentenced on the same day to:

The court heard how in 2017, the Met’s Wildlife Crime Unit discovered via online research that a jewellery shop on Ealing Road in Wembley was selling jewellery claiming to contain elephant hair.

Enquiries were conducted and established that the jewellery had been illegally imported as there were no permits in place for the premises to import, sell or commercially use specimens derived from elephants.

A warrant was carried out on the premises on 15 May 2018, and a large quantity of jewellery containing elephant hair was seized.

Mahalingam was interviewed under caution on 21 May 2018.

Forensic analysis was conducted on samples of the seized jewellery and hair. Results from the hair samples matched DNA from both an African and Asian elephant.

Detective Constable Sarah Bailey, of the Met’s Wildlife Crime Unit, said: “There are legal requirements in relation to the import, sale and commercial use of specimens derived from protected / endangered species and these had not been complied with.

“African and Asian elephants continue to be poached and it is worrying that the derivatives of such activity may appear for sale in London.”

+ For more information on the work of the Wildlife Crime Unit, please visit our website 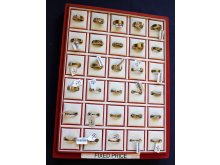 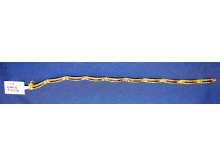 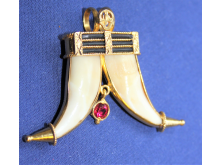