A man has been jailed for a total of 35 years for the murder of a pregnant woman and the manslaughter of her unborn baby son.

Aaron McKenzie, 26, (10.6.94) of Peckham Park Road, SE15 appeared at the Old Bailey on Friday, 17 July where he was sentenced for the murder of Kelly-Mary Fauvrelle, the manslaughter of her baby son and possession of an offensive weapon.

He received 35 years' imprisonment for the murder, 20 years for the mansalughter and three years for possession of an offensive weapon. All sentences will be served concurrently.

Despite initially admitting the offence, McKenzie changed his plea to not guilty and was tried by a jury at the same court. He was convicted on all counts on Friday, 10 July.

Police were called by London Ambulance Service (LAS) at 03:30hrs on Saturday, 29 June 2019, to reports of an injured pregnant woman at a residential address at Raymead Avenue, Thornton Heath.

At the scene, Kelly, who was eight months pregnant, was found suffering from 21 stab wounds. Paramedics from LAS and London’s Air Ambulance fought hard to save her, but despite their efforts, she sadly died at the scene.

Her baby boy, who her family named Riley, was delivered by medics at the scene before being taken to hospital. Sadly, he died just days later at 03:10hrs on Wednesday, 3 July 2019.

Kelly was murdered in her ground floor bedroom at the family home as her family slept upstairs. Hearing Kelly’s screams, her sister had come downstairs to find Kelly dying, in her bedroom, where the cot was set up ready for the arrival of her baby.

Kelly’s family did not see the suspect come and go from the property and there was no sign of forced entry. However, police believe that entry was made via the property’s ground floor patio doors.

Detectives recovered CCTV footage which showed a man, now believed to be McKenzie, in Raymead Avenue, Thornton Heath both before and after the attack. This showed him walking towards the murder scene at 03.15hrs and running in the opposite direction around ten minutes later.

Kelly had previously been in a relationship with McKenzie, which had broken down some months before the murder.

In the days immediately following the murder, McKenzie played the part of a victim, telling police he had nothing to do with the attack, and even attending the hospital where medical staff were fighting to save baby Reilly’s life.

He joined Kelly’s family as they mourned her loss and police continued, for a time, to treat him as a witness.

As the investigation progressed McKenzie became a suspect and was arrested on 11 July 2019. He later admitted, via his solicitor, to being responsible for the deaths saying: “No one else was involved in this. There was no reason for it other than my faults”.

He was charged with murder, manslaughter and possession of an offensive weapon on Monday, 15 July 2019 and following a range of psychiatric examinations, despite his previous admissions, he pleaded not guilty to all charges.

McKenzie claimed that when he admitted the offences he was under pressure. He also provided the first name of another man who he claimed was responsible for the murder.

Despite extensive enquiries, no evidence was discovered to corroborate this new account, or to indicate that the ‘new suspect’ partially named by McKenzie existed.

“This has been a harrowing and distressing case for all concerned. My thoughts today are with Kelly-Mary’s family who have suffered immeasurable loss and been put through the agony of a trial.

“Their future with Kelly-Mary and Riley was so cruelly taken from them, and it is fitting that McKenzie’s future has today been taken from him.

“This is justice, but in no way will it compensate for the devastation that McKenzie’s actions have caused to this family.

“I know that my officers, who have become close to Kelly’s family, share my sentiments. We hope that the sentence handed down today provides them with a small measure of comfort.” 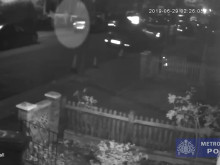 McKenzie running away for...

CCTV has been released of Aaron McKenzie running away from the scene after he murdered a pregnant woman. 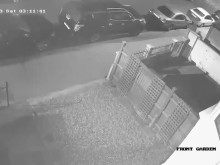 McKenzie on his way to th...

CCTV has been released of Aaron McKenzie, who murdered a pregnant woman.