A man who poisoned and killed a man he met on a social networking app as part of a plot to steal from him has been given a life sentence.

Joel Osei, 26 (11.11.94), of Seven Sisters was sentenced to life, with a minimum term of 32 years' imprisonment at the Old Bailey on Friday, 22 January after being found guilty of poisoning and killing 43-year-old Adrian Murphy.

He was also given a five-year sentence, to run concurrently, for the poisioning of another man.

Osei was found guilty of murder and administering a poison or noxious substance so as to endanger life on Friday, 23 October 2020 following a trial at Croydon Crown Court. Part-way through the trial, Osei pleaded guilty to manslaughter, administering poison with intent to injury, aggrieve or annoy, two counts of theft, and eight counts of fraud.

His co-defendant and former girlfriend, Diana Cristea, 19 (05.10.01), of Tottenham, was found guilty of murder, administering a poison or noxious substance so as to endanger life, two counts of theft, and eight counts of fraud. She previously pleaded guilty to two counts of handling stolen goods and one count of fraud. She will be sentenced at a date still to be confirmed.

Osei targeted and arranged to meet the victims through a social networking app. However, on meeting them he drugged them with scopolamine, also known as ‘the Devil’s Breath’, rendering them unconscious and stole their belongings. He then handed the property to Cristea for her to sell online.

The complex investigation was launched when Adrian Murphy was found dead on Tuesday, 4 June 2019 at an address in Lombard Road, Battersea where he had been staying. It is believed he died on Saturday, 1 June 2019.

A special post-mortem examination did not reveal any defensive injuries, signs of sexual activity or of restraint. However, toxicology revealed high levels of scopolamine present in Adrian’s system. The pathologist deemed this directly attributable to his death. Scopolamine was also detected in an empty drink can discarded in the flat where Adrian was found.

A review of CCTV footage from within the block of flats where Adrian was staying showed that at 22:20hrs on 1 June 2019, Osei exited an elevator and walked towards the property where Adrian was waiting for him. He was then captured leaving the building at 00:05hrs on Sunday, 2 June 2019 carrying a designer holdall – which later transpired to be full of items stolen from Adrian.

After reviewing thousands of pieces of digital evidence, detectives identified that while at the Battersea address with Adrian, Osei spoke to Cristea through 23 separate calls and messages. After departing, he met Cristea and handed her goods stolen from the flat including laptops, phones, bank cards, designer bag and wallet, and clothes.

On 2 June 2019 Cristea’s phone was used to take photographs of the items and post them for sale online. They also used one of Adrian’s cards to spend almost $3,000 on computer software. On the same day, a PayPal account was created in Adrian’s name but registered to Cristea’s former address in Tottenham. An attempt was then made to purchase $80,000 worth of goods from a diamond jeweller in New York.

As part of the investigation into Adrian’s death, detectives were able to link Osei to a similar incident at an address in Walthamstow on Thursday, 30 May 2019.

The 40-year-old victim invited Osei to his flat after making contact via a social networking app. He told police that whilst with Osei he became incapacitated and was later found by his neighbours in a conscious, but completely unresponsive state. A sample of his hair taken by police was analysed and revealed the presence of high levels of scopolamine.

On returning home from hospital, the victim found that while he was incapacitated, his flat had been ransacked and laptops, mobile phones, a wallet and cash had been stolen. Phone records revealed that while inside the address, Osei was once again in contact with Cristea.

A review of CCTV in areas surrounding the address showed Osei walking along a road in near the victim’s address at 15:00hrs on the day of the incident. He was carrying bags which detectives believe contained the stolen goods. He later travelled to a shop in Tottenham with Cristea, where they used the victim’s card to purchase a number of items.

Officers later recovered the stolen property from Cristea’s address and found images of the items – a number of which had already been sold - on her phone.

During the trial, the jury heard that on Wednesday, 19 June 2019 Cristea called 999 to report that Osei killed Adrian Murphy by drugging him and then stole his personal belongings.

During the cross-examination of Osei, the court heard that he was found to be passing notes to Cristea in the dock. At this point, Osei pleaded guilty to a number of the offences he was accused of committing.

Detective Chief Inspector Robert Pack, the senior investigating officer, said: “This has been a protracted and complex investigation made more so by the fact it was the first time scopolamine had featured in a UK murder.

“I welcome today’s sentence and the obvious gravity that the court placed on these offences in determining the minimum tariff to be served. The murder has caused devastation to a family and although nothing can bring Adrian back, I sincerely hope that his family feel that justice has been served.

“Osei targeted his victims on a social networking app with the intention of stupefying them with a powerful drug and stealing their valuables in order to make money quickly. During the trial, he went to great lengths to outline a set of elaborate lies in an attempt to prove he was innocent, before finally admitting to the offences.

“He selected this method with the belief that victims would be unlikely to contact police due to the intimate and personal nature of the meetings. Fortunately, the first victim survived the poisoning and played a significant part in identifying Osei and I am grateful for his assistance on the investigation and commend the great strength he has shown throughout.

“If anyone has been a victim of a similar offence and has not reported it to police, I would strongly urge them to do so as soon as possible. You will be listened to by specialist officers and provided dedicated support to help you through the process.

“Anyone that may have suffered from similar circumstances should be confident in getting the assistance and support that is available to them. 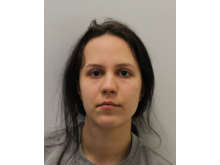 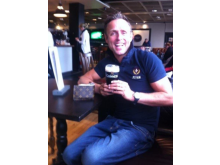 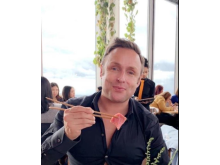 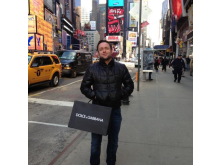 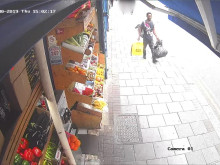 Joel Osei poisoned and killed a man he met on a social networking app.