A fast-paced investigation led by the Met’s Counter Terrorism Command into a series of self-igniting devices sent via the UK postal system as part of a planned fraud, has concluded with the culprit being jailed for 21 months.

A judge at Kingston Crown Court today (Friday, 14 May) sentenced Ovidijus Margelis, 26 (21.06.94) of The Paddocks, Cambridge after he pleaded guilty at an earlier hearing to the following offences:

- One count of making explosive substances, contrary to section 4(1) of the Explosive Substances Act 1883;

- One count of possession of articles for use in frauds, contrary to section 6(1) of the Fraud Act 2006.

Margelis posted a number of packages containing pyrotechnic devices in what he told police was part of a plan to fraudulently claim compensation. The devices were designed to ignite a small flame which would destroy the postage label.

The Met Police Counter Terrorism Command launched an investigation in September 2020 after two of these parcels were reported to police, having been delivered to addresses in London and Scotland. The investigation spanned the length and breadth of the UK and was supported by a number of other forces.

“Within two days of the national investigation being launched, officers had identified and arrested Margelis.

“Margelis’s actions were extremely reckless. The devices were designed to cause cosmetic burn damage to the packaging but they were capable of causing injury, and they understandably alarmed the postal staff who handled them. They also resulted in significant disruption in the areas where parcels were discovered, and drew in a lot of police resource.

“This was an extremely harebrained plan which exposed the public and postal couriers to the risk of potentially serious harm, and this conviction should serve as a strong deterrent to anyone seeking to commit fraud in a similar way.

“This case is a reminder that the public should always report suspicious packages to police. The call could save lives.”

On 6 September 2020, staff at a sorting office in Dunfermline, Scotland reported receiving a parcel which was visibly burnt – the device inside it had detonated, but no one was harmed.

Four days later, on 10 September, a similar parcel was received by a member of public living in north-west London who had bought something from Margelis on an online auction website.

Detectives carried out fast-time enquires with Royal Mail, identifying that a third parcel had been sent several months earlier. That parcel had been received at a warehouse in Warrington, Greater Manchester on 22 July, where it had been disposed of by staff after activating.

Although staff did not report the incident at the time, they did take a photo of it and this evidence enabled police to identify it was another device like those received in London and Scotland.

A fourth parcel was discovered at the Dunfermline warehouse on 27 September 2021, after staff worked through a backlog of packages.

Detectives carried out fast-time enquiries and on 12 September 2020, Margelis was arrested him at his home address.

Margelis told officers in interview that his plan was to claim money back from the postal service for the damage and loss of expensive items he had mailed. In reality, the parcels he sent did not contain the items he was going to claim they did.

Every year thousands of reports from the public help police tackle the terrorist threat. If you see or hear something that doesn’t seem right, trust your instincts and ACT by reporting to police in confidence at www.gov.uk/ACT .

Reporting won’t ruin lives, but it could save them. Action Counters Terrorism. Remember, in an emergency, always dial 999. 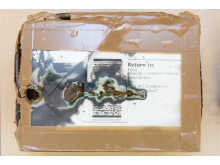 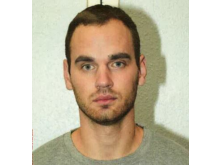 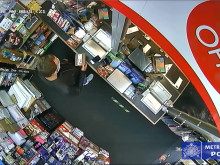 Mragelis posted packages containing pyrotechnic devices in what he told police was part of a plan to fraudulently claim compensation.