A man who spat and kicked a police officer has been jailed.

Steven Bennett, 47 [16.08.73] of Brick Lane, E1 appeared at Croydon Magistrates Court on Monday, 8 February where, having pleaded guilty to assaulting a police officer and threatening behaviour, he was sentenced to three months imprisonment for each offence and ordered to pay £100 in compensation to the female officer he assaulted. Sentences to be served concurrently.

On Saturday, 19 December 2020, officers on patrol in Kennington Park Road, SE11, approached Bennett as he was subject to bail conditions that prohibited him from being in the area.

He was arrested on suspicion of breaching bail conditions and was taken to hospital as he was showing signs of being unwell.

While at the hospital, Bennett became aggressive and spat at and kicked one of the officers.

On Sunday, 20 December 2020, he was charged with one count of assaulting an emergency worker, two counts of threatening behaviour (sec 4A POA) and one count of possession of cannabis. He was remanded to appear in court as above.

Police Sergeant David Smith of Central South Command [Lambeth and Southwark boroughs] said: “The standard of evidence against Bennett presented by the two officers resulted in him pleading guilty.

“The female officer whom Bennett spat at and kicked was not seriously injured, but that does not make his behaviour acceptable. Police officers spend their working lives protecting the public and their property and for them to be attacked during the course of their duties simply cannot, and will not, be tolerated.”

*The charge of possession of cannabis was not proceeded with. 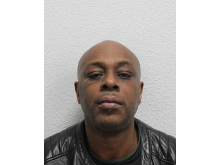