A man who stole, and then sold alcohol and premium gift sets worth £15,000 from airlines, has been sentenced.

Isleworth Crown Court heard how the head of security for Alpha LSG launched an internal investigation after the company received the report in September 2017.

His team emailed the seller, pretending to be interested in the products, in order to strike up a conversation and try to identify which member of staff he was.

Through their enquiries, they became confident the man was Caia, whose job was to clean a warehouse in Heston, Hounslow at which a vast array of airline-owned goods were stored before being transferred to Heathrow Airport.

They reported their suspicions to the Met and the Met’s Aviation Policing Command launched their own investigation, culminating in them arresting Caia at the warehouse on 18 October 2017.

Investigating officer, PC Tom Blair, of the Met’s Aviation Policing Command, said: “After arresting Caia at his workplace, we went to his home where we found an astounding amount of stolen drinks and amenity kits literally stacked floor to ceiling. The dining room was so rammed with stolen goods, it was practically unliveable in there.

“Clearly running out of space, Caia had stowed alcohol in the wardrobes and amenity kits in his shed.

“We also found £1,700 cash squirreled away in one of his bedroom drawers, which we seized as we suspected it was proceeds from crime.”

Looking at Caia’s eBay account, the diligent police officers established that Caia had stolen many more items which he had managed to sell between October 2016 and October 2017, racking up a grand sum of £10,000 from approximately 330 sales.

PC Blair added: “Caia was set to make more money selling all that was left in his house, but he didn’t count on the tight-knit relationship of the airlines, his own employers and the police.

“I really must applaud Alpha LSG who wasted no time in launching an internal investigation once they suspected a staff member of criminality. This case is evidence of how seriously this kind of crime is treated by businesses working at Heathrow Airport and the police.”

He was sentenced on Thursday, 28 November to a total of 21 months’ imprisonment, suspended for 18 months. He was also ordered to carry out 200 hours of unpaid work.

Following today’s sentencing, officers will instigate proceedings under the Proceeds of Crime Act in relation to the £10,000 he made from selling the stolen goods. 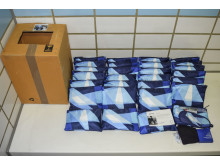 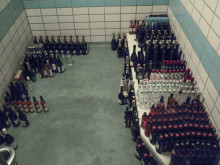 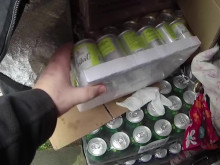 Montage of police body wo...