The owner of a nail salon, and seven people from different households who gathered to watch TV, are the latest to face fines, as the Metropolitan Police Service continues to enforce the COVID regulations

Officers attended a private residence in Croydon on Monday, 18 January following calls from concerned members of the public who reported that they believed there was a makeshift nail bar taking appointments.

The previous day, Sunday, 17 January, police responded to reports of a gathering at a residence in Romford where seven people from different households had gathered to watch TV and eat together, knowingly breaking COVID regulations by meeting in a group of more than two people, inside and without valid exemption. Officers issued FPNs to the attendees and residents.

South Area BCU commander Dave Stringer, said: “Though police are primarily focusing on the most severe breaches of COVID violations such as large gatherings, officers continue to respond to reports from the public of non-essential businesses operating illegally and smaller house parties, which are also undoubtedly contributing to the spread of the virus. We are fully committed to getting the spread of the virus across the capital under control – this means addressing a vast array of violations of the rules.

“We know that the majority of people are being safe, but the minority who continue to contravene COVID legislation are doing a disservice to their fellow citizens and to health professionals across the country who continue to work in the throes of this public health emergency.

“We appeal to the public to stay at home, stay safe, and protect each other from infection.

“As ever, our frontline officers are on hand should you need any assistance.” 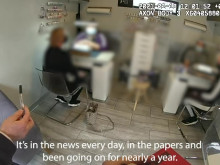 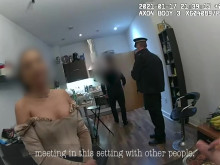