The Metropolitan Police Service (MPS) lead for Covid has warned Londoners to obey the Tier 4 rules as a video summary of enforcement activity from the weekend is released.

Commander Alex Murray said: “Over the weekend just been, London, and the surrounding areas were moved into Tier 4 – the strictest tier in the country. This is due to the increases in Covid we have seen over the past few weeks and the rapid spread of the virus amongst our communities.

“Over the weekend just been, as we have been for most of the year, Met officers were out and about responding to flagrant breaches and issuing fines to those who thought they could organise warehouse parties and put many of us at risk of the virus.

“Most Londoners want to see the enforcement we are taking against those who think the tier 4 rules don’t apply to them – I hope that this shows just a glimpse of the work we were doing.

Attending a house party on Holmwood Road, IG3 that was breaching the rules. The organiser has been considered for a fine

engaging with rule breakers at a pub in Tottenham

Officers attended a large party at a house on Sunday, 27 December 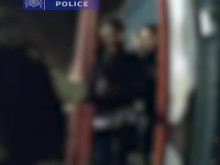