Officers are appealing for information to help locate a man who has been reported missing from Bromley.

Mark Spence was last seen in Penge at approximately 15:45hrs on Tuesday, 8 June and officers are growing increasingly concerned for his welfare.

The 38-year-old is described as being around 5ft 8ins tall with fair hair and a short ginger beard. He is thought to have been wearing a bottle green polo shirt and grey shorts.

He is believed to have travelled in a white Renault van along the A21 through Kent towards Hurst Green in East Sussex. The van is thought to have ladders on the roof.

Anyone with information is asked to call 101 or tweet @MetCC quoting MERLIN reference 21MIS016512. 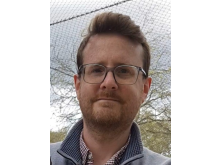