Detectives investigating the murder of a 26-year-old man in Hackney three years ago are offering a £20,000 reward for information that leads to the arrest and conviction of those responsible for his murder.

Yaya Mbye Sankareh was stabbed to death on the George Downing Estate in Stoke Newington at approximately 23:30hrs on 28 January 2018.

Despite an extensive investigation by the Met's Specialist Crime Command, the case remains unsolved and those responsible for Yaya's death are yet to be brought to justice.

Detective Chief Inspector Perry Benton, said: "We have not given up on our fight for justice and I believe this new reward offers an opportunity for those who haven't come forward before to contact police.

"Yaya's death has understandably had a huge impact on his family and friends and we remain committed to bringing them the closure they need and deserve."

Enquiries since his death suggest Yaya was stabbed several times after being chased by a group of three or four young men dressed in dark clothing. The suspects are believed to have left the scene in a silver Mercedes estate car which was later found to have been destroyed.

A post-mortem examination held at Poplar Public Mortuary on 30 January 2018 gave Yaya's cause of death as a stab wound to the stomach.

DCI Benton, added: "Three years have now passed since this tragic incident and I know that over time allegiances change and people who may have been afraid to speak to us before could now be willing to share information. We have been met by a wall of silence from the community but I want to reassure you that anything shared with officers would be treated sensitively.

"I am asking people who were in the area in January 2018 to think back to that night and to try to remember if they saw or heard anything suspicious. Was a friend or relative acting suspiciously in the days after Yaya's death? No piece of information is too small."

Anyone with information is asked to contact the incident room on 020 8345 1570 or 101 or you can tweet information to @MetCC. Alternatively, contact the independent charity Crimestoppers anonymously on 0800 555 111.

Hard calls save lives. Are you close to someone on the fringes of knife crime? Do the right thing, please give information 100% anonymously through the independent charity Crimestoppers. It can feel like a hard call, but it could save the life of someone you love.

They never ask your name and they cannot trace your call, your IP address or the device you use. Fill in their quick online form or call 0800 555 111, it could save a life. 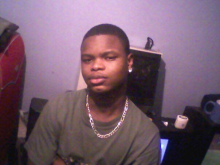 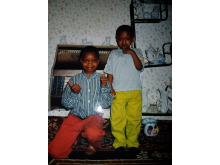 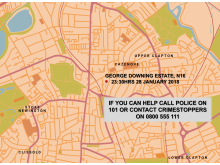 Map of the scene 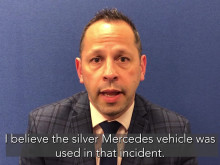 Appeal regarding the murder of Yaya Mbye Sankareh in 2018