Detectives investigating an attack outside a pub in south-east London have released a new image of a man they would like to speak to.

Police were called at 22:18hrs on Saturday, 24 October to reports of an assault in Eltham High Street, SE9.

Officers attended and found two men in their 50s unconscious on a pavement outside the White Hart pub.

London Ambulance Service was called and both victims were taken to hospital.

A 59-year-old man [Victim 1] suffered a bleed on the brain and remains in hospital. His condition is no longer life-threatening but he is expected to suffer life changing injuries as a result of the attack.

[Victim 2] A 53-year-old man was treated for a serious head injury and discharged from hospital.

Through carrying out CCTV enquiries, officers were able to establish that the pair had been assaulted by three men after leaving the venue.

On Tuesday, 27 October a 33-year-old man ware arrested on suspicion of grievous bodily harm. He has been released under investigation.

Following a previous media appeal, a 38-year-old man was arrested on Friday, 6 November on suspicion of grievous bodily harm. He has been bailed until a date in early December.

Detective Sergeant Ian Barnard, from the South East Basic Command Unit (BCU), said: "This was a disgraceful and unprovoked attack which left a man seriously injured in hospital with life-changing injuries.

"I would like to thank the public and media for sharing our previous appeal and would urge the person in this image to get in touch with police as soon as possible".

Anyone who recognises the man or has information about the incident is asked to call police on 101 or tweet @MetCC quoting reference 8246/24Oct. 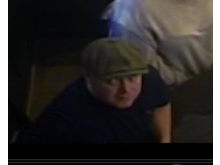