A serving officer has pleaded guilty to a number of voyeurism offences.

Detective Inspector Neil Corbel, 40, from the Met’s Continuous Policing Improvement Command, was charged by postal charge requisition on Wednesday, 11 August, with 19 counts of voyeurism within the Greater London, Manchester and Brighton areas, and within the jurisdiction of the Central Criminal Court, between January 2017 and February 2020.

DI Corbel was not on duty at the time of the offences.

He appeared at Westminster Magistrates’ Court on Monday, 13 September, where he pleaded guilty to all counts. He will next appear at the same court on Monday, 4 October.

It follows an investigation by the Met’s Central East Command Unit.

Detective Chief Superintendent Marcus Barnett, who leads the Central East Command Unit, said: “These are grave and troubling offences. The investigation has been complex and I know that the team who have investigated this have worked incredibly hard. It is vital that the public feel that they can trust the police and, if an officer undermines that trust, it is important that their crimes are investigated thoroughly and robustly.

"The victims in this case have shown incredible strength throughout the investigation and I would like to thank them for their courage and patience throughout. I am truly disappointed in the actions of the officer which are not at all representative of the high values and standards we expect, and I am saddened by the pain and hurt that he has caused.” 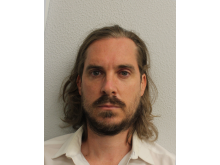