A detective who worked tirelessly to secure a double conviction in a challenging stranger rape case, an officer who was attacked with a machete during a routine traffic stop and the team which investigated the Salisbury Novichock poisonings were among those celebrated at the ninth Met Excellence Awards.

The event, once again hosted by LBC's Nick Ferrari, was held virtually on Monday, 23 November and recognised a range of dedicated police work across London in a host of categories. The ceremony was planned for March but had to be cancelled due to the coronavirus pandemic.

Commissioner Cressida Dick said: “The awards celebrate the extraordinary work of our people, who day in, day out, work incredibly hard, protecting and serving the people of London. They include real acts of bravery, but also the complete determination it can take to bring offenders to justice.

“It's about people pushing themselves to be the best in their field; and about those who have gone above and beyond to protect a victim and get the justice they deserve.

“I am sure, like me, you will be humbled and inspired by their stories.”

Officers and staff from across the Met were celebrated in 14 different categories, including the Bravery Award, Investigation of the Year and the Criminal Justice Award.

PC Outten was on a typical nightshift in August 2019 when he indicated for a van with no insurance to pull over in Leyton. When the van eventually came to a stop, the driver got out and shouted at PC Outten and his colleague. The driver attempted to get back into his van and drive off, but he was prevented from doing so by PC Outten. The driver lashed out and punched PC Outten twice in the face.

There was a struggle as PC Outten tried to get the driver out of the vehicle to arrest him. PC Outten felt something ‘wet’ on his head before realising he had been attacked  with a 2ft machete. PC Outten retreated from the vehicle shouting ’machete, machete’ while the driver continued to attack him.

PC Outten was rushed to hospital and was treated for his injuries, which included six deep wounds to the head with fractures to the skull, and two wounds to his right arm with fractured fingers. Despite receiving life-changing injuries in the attack, PC Outten is back at work and is progressing towards returning to full duties.

PC Outten said: “I feel honoured and humbled to receive this award. I want to pay tribute to my colleagues and the team on the night and the members of the public who came to my help once the suspect had been detained.”

The suspect was found guilty of causing grievous bodily harm with intent following and was sentenced to 16 years’ imprisonment and a further three years on extended licence.

The winner of this year’s Criminal Justice Award was Detective Sergeant Rebecca Woodsford who worked tirelessly on a challenging case for two-and-a-half years. Against all the odds, she secured unanimous guilty verdicts in the case of a stranger rape in Soho in which the victim had no recollection of the crime.

Apart from the severe injuries suffered by the victim, the entire case was based on circumstantial evidence.

The victim had no memory of the incident, so bringing the two defendants to justice for a horrific and violent, premeditated attack on a vulnerable female in The Toy Rooms nightclub was very difficult.

Officers and the London Ambulance Service were called after the victim was helped home by a couple and her housemate found her in severe pain.

It was believed that the woman had been a victim of a sexual assault and an investigation was launched under the supervision of DS Woodsford.

CCTV was gathered from the venue which clearly showed the suspects holding up the victim and leading her off the dancefloor and towards the maintenance room. Footage also showed the two suspects high-fiving each other after carrying out their attack.

DS Woodsford and her team soon established that one of the suspects left the country hours after the incident and returned to Italy. The other left around a week later.

However, DS Woodsford’s dedication to bringing the two suspects to justice paid off. The jury returned unanimous guilty verdicts for four counts of rape and the defendants were each sentenced to seven and a half years’ imprisonment.

Taking home the Investigation of the Year award was the Operation Caterva team, which undertook a challenging investigation to identify and charge two suspects in what was a unique, highly complex, top secret manhunt following the Salisbury Novichock poisonings in March 2018.

As part of the overall investigation by the UK’s Counter Terrorism Police (CTP), a large SO15 investigation team supported all aspects of the original scene investigation in Salisbury, recognising the worldwide significance of the first ever nerve agent assassination attempt in the UK.

From the start, a team of SO15 detectives were assigned to a manhunt investigation to identify, locate and arrest the suspects. In a first for UK policing, this small SO15 team had to manage their investigation entirely at a top secret classification with enquiries being conducted in challenging circumstances into subjects of a foreign state.

As a result of their hard work, they were able to identify and compile evidence relating to two Russian citizens and secure charges against them.

The Support Team of the Year award went to DIVERT, an innovative Met programme run with community organisations that helps young people in police custody to get away from crime and into employment, education and training.

Each coach has shown courage in speaking to young people at a critical and challenging time and then continuing that work outside of custody.

In the year to October 2019, the coaches spoke to 800 young people. More than 400 of them have found employment, education and training with the rest receiving effective mentoring and coaching – with a re-arrest rate of under 10 per cent.

This year’s Special Recognition Award went to PC Brinder Deol who, despite numerous obstacles and personal trauma, set-up the successful SHINE project which promotes wellbeing in the Met.

PC Deol is passionate about sharing her own experience and knowledge of mindfulness, meditation and personal development with her colleagues.

The workshops she has set up help and advise officers and staff – with more than 1,500 benefitting over the last year alone – on how to cope with life’s challenges. SHINE is run by a team of seven officers and the project is continuing to grow due to a huge demand for its services.

Shortly after she started SHINE, PC Deol went into hospital for brain surgery. PC Deol highlighted the importance of SHINE by using the practices and techniques she learnt through the project to cope with the terrifying ordeal. The doctors were amazed at how quickly she healed, from not being able to talk after surgery to returning to work within three months. 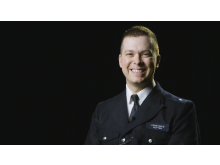 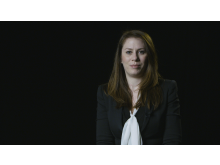 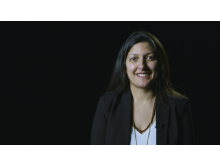