Met officers, staff and the senior chaplain have been recognised in the Queen’s Birthday Honours for their achievements and long service in policing.

The recipients of the honours from Her Majesty the Queen were confirmed on Friday, 9 October, and are:

Inspector David Breen and Inspector Ann Marie Nesling both received the Royal Victorian Order for services to the Sovereign.

Commissioner Cressida Dick, said: “I was thrilled to learn of our colleagues who have been recognised in Her Majesty’s Birthday Honours and I want to congratulate them on this special occasion and thank them for their outstanding commitment and service.

“Each recipient has been hugely impressive in their job, regularly going above and beyond in order to make a real difference to policing and security here in London and also nationally and internationally. All are a true inspiration to their colleagues and they remind us, especially at this time, how much the Met is valued by those it serves and helps.

“These recipients exemplify the dedication and professionalism of the thousands of amazing men and women working across the Met. I am proud of and humbled by the work they all do every day to protect our public.”

Wilton Grey, who is a member of police staff working in the Met’s explosives office, has been made a Member of the Order of the British Empire (MBE).

Wilton Grey has worked in the Counter Terrorism Command’s explosives disposal team for 40 years. From supporting officers at the scene of terrorist attacks to his current technical role, he has attended and supported the Met’s response to more than 50 incidents, including the IRA bombing at Hyde Park and the 2017 terrorist attacks in London.

He has been instrumental in the development and maintenance of robots that help with controlled explosions and to preserve evidence. This work has helped to protect lives and make London a safer place. In addition, Wilton has supported other countries in developing and improving their preparedness to emerging threats and explosives incidents.

Wilton said: “Receiving this award came as a complete surprise but I am honoured to be recognised in such a way. The award has come at a poignant time as I just reached 40 years’ service with the Met.

“The Met has provided me with great opportunities and I’m so proud to be part of the organisation, especially now as it has transformed into such a professional and caring place with more opportunities and full of dedicated officers and staff.”

Retired Chief Superintendent David Reed has been made a Member of the Order of the British Empire (MBE).

David Reed started his 27-year career with the Met Police in 1992, rising to the rank of Chief Superintendent.

Between 2008 and 2019, as a Programme Director and Change Manager, David was behind complex changes to local policing. These were aimed at making London policing more effective by addressing both historic and emerging operational issues, as well as meeting the budgetary challenges.

David’s work transformed a number of policing functions and moved the delivery of local policing into 12 command units rather than 32 boroughs. These changes were designed to improve consistency in policing whilst recognising local need - and to make London safer for everyone.

David said: “I feel privileged to have my work recognised in this way. I joined the Met, as many of us have done, to make a difference. Working on the transformation programme gave me an opportunity to help change and improve policing.

“I am very aware that such an award represents the hard work of many colleagues. This is a challenging area of business for everyone who is involved - and I am delighted that the difficult work we have collectively done to make people feel safer has been recognised."

The Met’s Senior Chaplain Jonathan Osborne has been made a Member of the Order of the British Empire (MBE).

Senior Chaplain, Reverend Prebendary Jonathan Osborne joined the Met 11 years ago. He has been called upon to support officers and staff and respond to numerous tragic events, including the Grenfell Tower fire. He is the centre of the pastoral, spiritual and religious care within the Met, as well as being an outstanding ambassador for policing.

Jonathan supported the Met and PC Keith Palmer’s family following the tragic events in Westminster in 2017. He led the one minute silences, advised senior officers and held support sessions for officers who responded, to help them deal with the murder of their colleague. Jonathan helped to make the arrangements for Keith’s funeral by spending time with his family and friends and ensured it was fitting and appropriate.

He regularly joins officers on frontline patrols and serves as a volunteer police officer. He has established strong links with representatives of all religions, both inside and outside the Met and founded a forum to bring together religious leaders from across London.

For the last three years, Jonathan has also served as Deputy Priest in Ordinary to Her Majesty the Queen at the Chapel Royal.

Jonathan said: “I’m humbled and proud to receive this award. It’s even more special as it is for the job I absolutely love and for the work I do with some of the most amazing people.

“My role as the chaplain means I’m part of the very sad occasions, like the recent tragic killing of Sergeant Matt Ratana, but also some of the happiest of occasions. It is lovely to be recognised with this honour and be part of the police family.”

Detective Chief Inspector John Swinfield received the Queen’s Police Medal for his 36 years of dedicated service in a number of specialist units that included the Flying Squad, homicide and the National Crime Squad.

He has previously received 24 commendations for investigations and is a holder of the Queen’s Commendation for Gallantry.

In 2000, he led an operation into a group of criminals that had committed a series of armed robberies across London and Kent netting £10 million. The operation came to its climax when the criminals, wearing body armour, gas masks and armed with sledge hammers and nail guns, rammed the Millennium Dome in Greenwich with a JCB and attempted to rob the De Beers Diamond Exhibition.

DCI Swinfield’s team of 200 foiled the robbery and prevented the criminals from escaping on a speedboat. Had the heist succeeded, the haul of £350 million worth of diamonds would have been the biggest robbery in the world at the time.

DCI Swinfield, who currently leads a covert unit within Specialist Crime, said on receiving the recognition: “It’s an honour to receive this award that recognises my service to the Met Police.

“Throughout my Met career I have been fortunate to lead and be part of teams working on challenging and complex operations. As well as myself, the honour is very much a testament to the commitments and skills of my colleagues.”

Detective Chief Inspector Jake Collie has been made a Member of the Order of the British Empire (MBE).

Jake was the Counter Terrorism Police Liaison officer based in Belgium where he dealt with the terrorist attacks in Brussels that claimed the lives of 32 victims in 2016. He worked alongside investigators in Belgium and the UK to help gather evidence, identify suspects and build cases. He is currently seconded by the Metropolitan Police to INTERPOL.

On receiving the honour, DCI Collie said: “I feel incredibly proud to have my work recognised in this way. I am very lucky to work alongside some incredibly dedicated and professional colleagues in the UK and abroad, so receiving this award feels particularly humbling.” 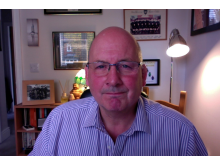 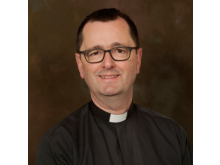