Six Metropolitan Police officers, past and present, have been recognised in this year's Queen’s Birthday Honours, for their outstanding work and achievements in policing.

Commissioner Cressida Dick, said: “I was delighted to learn of our colleagues - past and present - who have been recognised in Her Majesty’s Birthday Honours.

“Throughout their career, each recipient has made a real difference to the safety of the public in London and beyond.

“They have been exceptional in their job and an inspiration to those around them.

“I wish to congratulate and thank them all for their outstanding service, dedication and commitment to policing."

Prior to joining BTP in March 2021, Chief Constable D’Orsi was Deputy Assistant Commissioner for Specialist Operations at the Met.

She was promoted to this role in December 2016 and up until 2021 was responsible for leading the police’s role nationally in protecting and preparing the UK for a terrorist attack – two pillars of the government’s CONTEST Counter Terrorism strategy.

As well as her significant Specialist Operations responsibilities, she has also maintained her public order commitments. She policed 18 successive New Year’s Celebration events in London at different ranks, culminating in leading the entire police response as Gold Commander.

A role model for female leadership, Chief Constable D’Orsi led the celebrations of 100 Years of Women in Policing in 2019. Before her departure from the Met, she was awarded the Commissioner’s Commendation for this work.

Chief Constable D’Orsi said: “I am extremely humbled and proud to receive this award. Working in policing has allowed me to make a difference to communities, which is the reason I joined policing, and this continues to drive me. I’ve been fortunate enough to work with and learn from some brilliant people, both inside and outside of policing, during the last 29 years, who have become lifelong friends. To be awarded for something that I love doing is the greatest privilege.

“Whilst it is an individual award, this honour really is a reflection on my colleagues, family and friends for their unrelenting support. I particularly want to thank my husband, daughter, mum and my late dad for their unconditional support, encouragement and patience. As a working mum it can be incredibly tough at times to get the right work-life balance and not feel guilty and without their support I could not have had the career I have had. I really hope my journey will inspire women and young girls to think about policing and all it has to offer as a career from countering the threat from terrorism to keeping local communities safe.

“I am looking forward to the next part of my career leading the British Transport Police and ensuring we continue to provide a safe and secure railway for passengers, local communities and rail staff across Great Britain.”

Commander Alexis Boon received a Queen’s Police Medal (QPM) for his nine years of service within the Met’s Counter Terrorism Command, the last four being as the Detective Chief Superintendent in charge of Operations.

In his four years as the head of operations, Commander Boon led the Met’s investigation into six terrorist attacks between 2017 and 2020. He oversaw numerous high profile investigations, including a plot to kill the then Prime Minister and another to carry out a further deadly attack in Westminster, which resulted in the conviction of multiple terrorists and the disruption of several deadly plots. Commander Boon ensured his teams carried out investigations to the highest standard and ultimately kept London and its people safe from the threat of terrorism.

As a senior investigating officer he was at one point simultaneously leading the UK’s 15 most high-priority counter-terrorism investigations.

Commander Boon is now head of the Met’s Central Specialist Crime Command, which tackles a wide variety of criminality, including online child sexual abuse and exploitation, cybercrime and economic crime.

Commander Boon said: “‘I feel incredibly fortunate and honoured to be recognised in such a way. It is an absolute pleasure and privilege to work alongside exceptional colleagues who selflessly, day in and day out, go the extra mile to protect and care for the public.”

DCI Lee Graham was awarded a QPM for his work in the Met’s Specialist Operations Command, which has played a significant role in protecting the public from the threat of terrorism. DCI Graham’s work - in particular over the past decade – has been carried out with exceptional innovation and dedication and has resulted in lives being saved.

Recently-retired DC Susan Thurley was recognised and awarded a QPM for her work in the field of safeguarding and child abuse investigations. During her career spanning more than 30 years, she developed into an outstanding detective, specialising in sensitive investigations into sexual abuse and child abuse, including non-recent child abuse cases. DC Thurley led a number of high-profile investigations into child cruelty and sexual abuse – often going above and beyond to identify vital evidence and to ensure that the case had the best chance of being successfully prosecuted.

She worked extremely closely with the victims she encountered – putting them at the centre of her work and ensuring they were listened to and supported based on their individual needs. Since leaving the Met, Sue has taken up a position as a safeguarding officer with The Scouts Association.

PC Surinder-Pal Singh Mudhar was awarded a Royal Victorian Medal. This is in recognition of his work within the Met’s Royalty and Specialist Protection (RaSP) Command over a period of 21 years. PC Mudhar’s work during that time often led him to being deployed for extended tours of duty away from his home in service to members of the Royal Family and foreign dignitaries. He also acted as a liaison officer between the Met and local residents near to some of London’s Royal residences, and performed his roles with great professionalism.

PC Mudhar said: “I am honoured and privileged to be awarded the Royal Victorian Medal. I have enjoyed working for the Metropolitan Police Service’s Royalty and Specialist Protection Command for over 21 years in service to the Royal Family.”

Sergeant Emma Probert was also awarded with an MVO for her work within the Met’s Royalty and Specialist Protection (RaSP) Command. Sergeant Probert joined RaSP in 2006 and has served there ever since. Her work there has meant she has spent considerable time away from her home. She has also become a mentor and coach to other officers within RaSP and has carried out her duties with outstanding commitment and integrity. 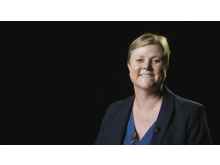 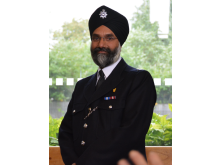 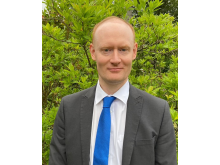