The Met's Taskforce seized four knives after they carried out a stop and search in London Fields.

On Wednesday, 20 January, the Met’s Taskforce were on proactive patrol in areas known for violence.

At around 18:00hrs along Wilman Grove, E8, they saw a group in and around a car parked suspiciously near to a bin shed. When the group saw the police, two of the men quickly walked away. They spoke to the remaining five and searched them and the car due to the small of cannabis.

Officers found three lock-knives hidden within the roof lining of the car, £1,000 in cash and a small amount of Class B drugs. In the bin shed officers found a large Rambo-style knife and two sets of registration plates.

The men, aged between 17 and 25 years old, were all arrested on suspicion of possession of an offensive weapon. The 17-year-old was also arrested for possession of a Class B drug. They remain in custody while the investigation continues.

Detective Constable Tony Curtis, of the Central East BCU CID, said: “This is a great example of intelligence-led stop and search. Four potentially lethal weapons have been seized and will no longer be able to cause considerable harm, or worse, in the community.

+ If you are worried about someone you suspect may be carrying a knife or other weapon, advice and support is also available through organisations including Knife Free and Fearless 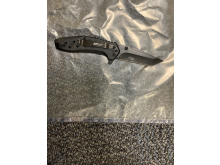 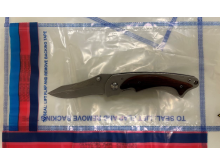 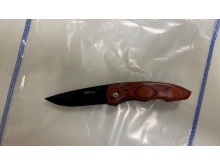 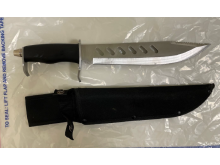