Officers from the Met’s Taskforce have been working with British Transport Police on ‘Operation Network’ in a bid to disrupt county lines drugs gangs.

Operation Network was set up to arrest those controlling county lines and stop vulnerable young people being exploited within gangs.

Officers were deployed with a view to identify and support victims of abuse, who are often forced to deliver and deal drugs.

As a result, Taskforce officers have worked with BTP colleagues at four railway stations across London.

Operation Network also liaise closely with the Met’s Child Exploitation Unit, who are able to advise and assist on how to help those who are found being exploited.

There have been five previous operations under the auspices of ‘Network’ and the sixth began on Monday, 1 February.

In one day - on Tuesday, 2 February - there were multiple arrests, among them a man, who was approached by a passive drugs dog and ran from police. He was caught and arrested; he was found in possession of a backpack that was full of cannabis.

Overall, in all the operations, some 150 people have been arrested and a number of young people referred to keep them from being exploited.

Police Sergeant Gary Schofield, from the Met's Taskforce, said: “County lines drugs gangs are all about moving young and vulnerable people to places where they are isolated from friends and family and can then be manipulated. Public transport systems are used by the organisers as a way of ensuring there is no evidence linking them with the exploited person. It is important that we do all we can to disrupt the activity. Operation Network is just one of the many strands being used by police to stop young people getting caught up in a web of criminality.”

BTP County Lines Taskforce lead, Detective Superintendent Gareth Williams, said: “One of our priorities as a Taskforce is to safeguard the vulnerable children exploited by County Lines organised criminals to get them out of harm’s way and away from crime.

“Working alongside the Met as part of Operation Network is vital in identifying these individuals for safeguarding and disrupts County Lines activity across the London rail network.”

Children and young people may not always appear vulnerable or act the way we expect victims to, e.g. they may display angry or aggressive behaviour which can be a sign of trauma. That’s why it’s vital people look beyond the obvious and report any concerns to the police on 101. If on a train you can text British Transport Police on 61016. Dial 999 if there is an immediate risk to a child. If you want to remain completely anonymous, you can contact the independent charity Crimestoppers online or call the helpline on 0800 555111. If you’re a parent or carer looking for advice, or a professional in need of information and guidance you can call the NSPCC on 0808 800 5000. 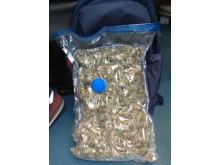 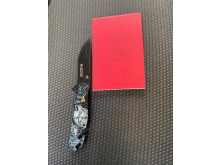 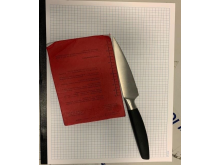