Members of an organised crime group which intercepted rival drug gang couriers to seize hundreds of thousands of pounds have been jailed for more than 64 years.

Six people – including a former Metropolitan Police officer – were sentenced on Thursday, 13 May at Southwark Crown Court after admitting a range of offences following an investigation by the Met’s Directorate of Professional Standards’ Anti-Corruption Command.

Kashif Mahmood, 32 – a PC based at Central East until his dismissal without notice in November - had previously pleaded guilty to conspiracy to acquire criminal property and misconduct in public office. He was jailed for eight years.

The court heard he used police vehicles and resources to take cash from the couriers in carefully planned operations led by a contact orchestrating events through an encrypted communications network.

Deputy Assistant Commissioner Bas Javid, Directorate of Professionalism, said: “Mahmood may have been a police constable in name, but he was nothing more than a criminal who abused his position to look after the interests of organised crime. His motive, we have to assume, was money; he was paid handsomely for his endeavours.

“This investigation was undertaken by the Met’s Anti-Corruption Command, within the Directorate of Professional Standards, and directed by the Independent Office for Police Conduct. (IOPC) Fortunately cases as serious as Mahmood’s are rare, but they highlight how crucial the work of our Anti-Corruption Command is. There is absolutely no place for any corrupt officer within the Metropolitan Police Service and we have the largest dedicated counter corruption unit within UK law enforcement.

“Investigating corruption can be incredibly challenging. Corrupt operators tend to have extensive knowledge of police tactics and some know how to use the judicial system to their advantage. It is testament to the dedication and professionalism of the Anti-Corruption Command that all defendants in this case pleaded guilty, in response to the weight and quality of evidence gathered.

“The fight against corruption is always present and we appeal for everyone to play their part, by remaining vigilant and reporting concerns to the police, the IOPC or Crimestoppers.”

The covert investigation began on 30 March 2020. The matter was also immediately referred to the IOPC who directed the MPS to carry out the investigation.

Officers identified that Moshin Khan, 35, and his twin brothers Shabaz and Shazad, 32, were involved in moving class A drugs, mainly heroin and cocaine, and the laundering of criminal cash. Maria Shah, 34, Moshin’s partner, helped move and conceal proceeds.

Mahmood, a close friend of the Khan brothers, used police vehicles to travel while in uniform to seize money from criminal couriers. He was twice helped by Ioan Gherghel, 34, who was not a police officer but pretended to be.

The conspiracy was orchestrated by a man based in Dubai who used EncroChat, an encrypted communications platform, to communicate. Moshin Khan was the main point of contact.

In July 2019 and January 2020 Mahmood looked up police records to source intelligence about the EncroChat contact, who appeared concerned what police knew about him.

The court heard there were seven occasions between 20 November 2019 and 25 March 2020 when Mahmood booked out a police vehicle from Stoke Newington police station.

He used these vehicles to intercept couriers and seize or attempt to seize up to £450,000 at a time.

On one occasion, on 8 March 2020, Mahmood and Gherghel were travelling in a police vehicle to intercept a courier of criminal property in Chingford, E4.

They searched his car and took a bag, which it is claimed contained a large amount of cash, and a further £2,000. They did not arrest the man.

Unknown to them, the suspected courier was under surveillance by the Met’s proactive money-laundering team. These officers subsequently stopped Mahmood to investigate why he had searched the car.

Mahmood said there were concerns of drug dealing in the area and agreed to complete an intelligence report. However, the proactive money laundering team were suspicious and later shared their observations with anti-corruption colleagues.

On 28 April 2020, Mahmood was arrested at his home in Harlow and Gherghel in Stratford. A search of Gherghel’s address revealed a Met stab vest and £11,385 in cash.

Despite the arrests of Mahmood and Gherghel, the Khans and Maria Shah continued their activities. Shazad Khan searched the internet for how to buy police vests and there followed several further transfers of large sums of criminal cash in Ilford.

On 7 July, officers from the Met’s DPS and Territorial Support Group executed a number of search warrants. They arrested the Khan brothers and Maria Shah. Evidence seized included £39,525 in cash, more than 20kg of cannabis, paraphernalia for packaging drugs and a box for an encrypted mobile phone. At addresses linked to Shabaz Khan was found around £101,500 in cash.

Mahmood was arrested the same day for further offences and three Rolex watches recovered, including one he had bought on 14 March for £7,696, paying £6,000 in cash. Investigators discovered more than £40,000 paid into Mahmood or family bank accounts between October 2019 and 30 May 2020.

All the defendants were subsequently charged and later offered guilty pleas.

A misconduct hearing was held for Mahmood on Thursday, 26 November to answer allegations his conduct amounted to a breach of the standards of professional behaviour in respect of discreditable conduct, honesty and integrity and duties and responsibilities.

All allegations were proven and he was dismissed without notice. He has been placed on the College of Policing’s barred list.

+ Anyone who has concerns about the activities of any police officer can contact police on 101, Crimestoppers anonymously on 0800 555 111 or the IOPC directly. The Met has several internal mechanisms to enable staff to report wrongdoing in confidence.

Then PC Kashif Mahmood, 32 (20.11.88) of Harlow, Essex, previously attached to the Central East Command Unit, pleaded guilty at Southwark Crown Court on Wednesday, 5 August to conspiracy to acquire criminal property and misconduct in public office. He was sentenced on Thursday, 13 May to eight years' imprisonment.

Ioan Gherghel, 34 (09.06.86), of Stratford, E15, pleaded guilty at Southwark Crown Court on Friday, 18 September to conspiracy to acquire criminal property. He was sentenced on Thursday, 13 May to six years' imprisonment.

Moshin Khan, 36 (27.03.85), of Babbacombe Gardens, IG4, pleaded guilty at Southwark Crown Court on Friday, 18 September to conspiracy to acquire criminal property, conspiracy to supply class A drugs, conspiracy to transfer criminal property and being concerned in the supply of class B drugs. An offence of perverting the course of justice was taken into consideration in relation to a traffic offence. He was sentenced on Thursday, 13 May to 16 years' imprisonment.

Maria Shah, 35 (14.12.85) of Babbacombe Gardens, IG4, pleaded guilty at Southwark Crown Court on Tuesday, 20 October to conspiracy to supply class A drugs and conspiracy to transfer criminal property. Charges of conspiracy to acquire criminal property and being concerned in the supply of class B drugs were left to lie on file. An offence of perverting the course of justice was taken into consideration in relation to a traffic offence. She was sentenced on Thursday, 13 May to five years and four months' imprisonment. 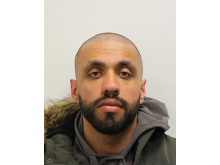 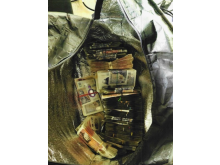 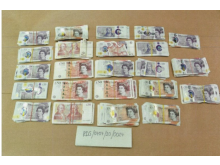 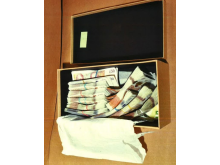 Photo of box of cash seiz... 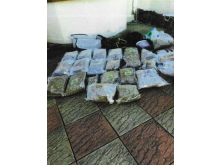 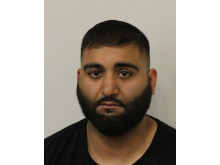 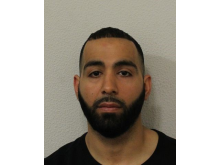 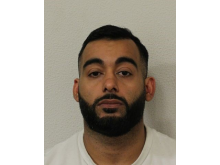 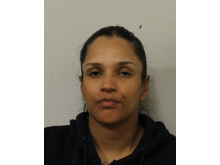 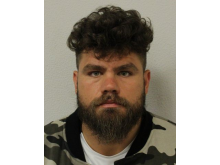