A small Organised Criminal Network who arranged the importation of guns, ammunition and heroin have been sentenced to a total of 42 years' imprisonment.

[A] Rocky Thompson, 35 (09.09.85) of no fixed address was sentenced to 15 years' imprisonment after pleading guilty to conspiracy to sell/transfer firearms, conspiracy to possess ammunition and conspiracy to supply Class A drugs (heroin).

[B] Shakeel Khaliq, 34 (07.03.87) of Ardenham Street, Aylesbury was sentenced to 14 years' imprisonment after being found guilty following a trial at Southwark Crown Court of conspiracy to sell/transfer firearms.

[C] Yetgin Eken, 47 (01.09.73) of no fixed address, was sentenced to 13 years' imprisonment after being found guilty following a trial at Woolwich Crown Court of conspiracy to sell/transfer firearms and conspiracy to possess ammunition.

[D] Mohammed Raqib Tariq, 24 (04.07.97) of Manor Road, Aylesbury was found guilty following trial at Southwark Crown Court of participating in the activities of an Organised Criminal Group. He was sentenced to a 21 month suspended sentence.

All four were sentenced together on Friday, 16 July.

A trial for Khaliq and Tariq started in March 2021. They were convicted on Friday, 9 April at Southwark Crown Court.

Thompson pleaded guilty to his offences on 17 February 2020 at Southwark Crown Court.

During the trial, the Court heard that on 4 September 2019, Rocky Thompson made a trip from the UK to Istanbul in Turkey.

Over the following weeks, Thompson (the leader of the Organised Crime Network (OCN)), was in regular contact with Khaliq, his second in command, and a contact in Turkey. Over this time, they regularly discussed the purchase of firearms.

Within weeks of Thompson's visit to Turkey, Yetgin Ekin was tasked with transporting the firearms into the UK via Dover. He did this by hiding the weapons and ammunition in the back of his lorry before driving up to Thetford in Norfolk on 20 September 2019.

Once the guns were in Thetford, a flurry of calls were made between Thompson, Khaliq and their contact in Turkey. Khaliq then arranged for Tariq to meet him (Khaliq) and Thompson in Aylesbury in order to collect the first shipment of guns from Eken.

Tariq was entrusted to make a down-payment of cash for the firearms, ammunition and a quantity of heroin. The OCN then left Thetford to travel back to Aylesbury.

On 14 October 2019, he returned to the UK via Dover; he was driving the same lorry as last time he entered the country.

Calls were made within the OCN - and to their contact in Turkey - shortly after Eken arrived in the UK. Officers now know these were calls to arrange the collection of guns, ammunition and heroin.

Just after 15:00hrs, Tariq once again arrived at Thetford to meet with Eken.

Once this handover was made, officers from the Met, Thames Valley and Norfolk moved into position, before executing three armed police arrests almost simultaneously.

Armed officers from Thames Valley executed a warrant to arrest Thompson and his right-hand man, Khaliq at an address on Witham Way in Aylesbury. The address was being used as a safe house by the two men whilst the firearms were being collected.

Norfolk and Suffolk armed officers arrested Tariq at a petrol station near Newmarket in Suffolk. In the boot of a car they found a black holdall which was zipped shut. Upon opening it, they found six pistols and 126 rounds of ammunition. They also found just over 1kg of heroin with a street value of approximately £100,000.

Eken was arrested in his lorry.

All of the suspects were taken into custody for interview. During his interview, Eken said he knew nothing about the firearms and believed he was dropping off food. However, his mobile phone contained images of the handguns dispelling his claims of not knowing what was being transported.

Detective Chief Inspector Driss Hayoukane, the Senior Investigating Officer (SIO), said: "This was a complex and fast moving investigation relating to firearms being trafficked into the UK. I am proud of the professionalism, dedication and hard work of my team who we were able to build such a compelling case to dismantle this OCN, which was evidently acknowledged by Rocky Thompson who entered a guilty plea at the earliest opportunity.

"The sentencing of this OCN underlines the commitment of the Metropolitan Police and our law enforcement partners to tackle those involved in trafficking firearms. We are steadfast in our determination keep them off our streets. We were able to seize six lethal guns, ammunition and heroin, just after they were brought into the country. I am satisfied that this operation has kept the lethal weapons from the hands of criminals and this has prevented serious if not fatal shootings within London or further afield.

“This is a good example of collaborative work between different police jurisdictions. This operation would have not been successful but for the help of officers from Thames Valley Police and Norfolk and Suffolk Constabularies.”

In the first six months of 2021, the Met has seized 248 firearms; of which 151 were handguns, three were machine guns and two sub machine guns 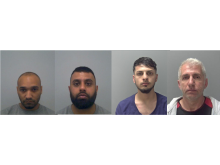 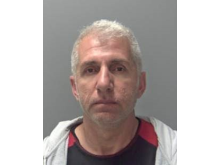 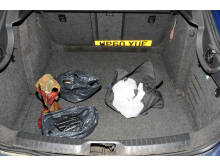 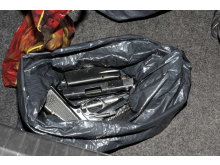 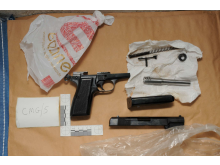 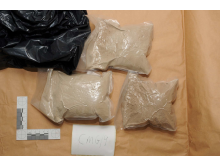 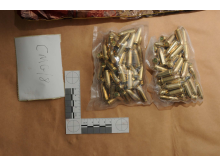 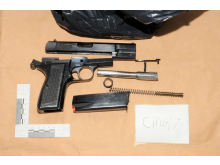 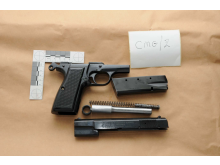 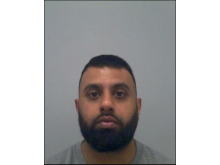 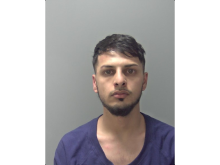 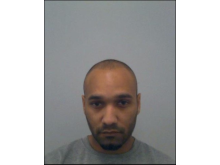