The Met’s Central East Command Unit have teamed up with bicycle charity Pro Bike Service CIC to arrange an event for stolen bicycles kept in police storage to be given to NHS staff.

The event, hosted at Here East, the technology and innovation campus on Queen Elizabeth Olympic Park, took place on Monday, 26 and Tuesday, 27 April.

More than 100 bicycles were given to NHS staff members in the Barts Health NHS Trust.

The bicycles, which are all believed to have been stolen, have been in police storage for considerable time and would otherwise have been left unused and eventually scrapped.

Bike Pro Service CIC generously serviced and repaired all of the bicycles for free, while representatives from Bike Register and Sold Secure also attended to register the recipients and their bicycles on the National Cycle Database and provide security locks.

Sergeant Jo Stephens, Central East Command Unit, explains: “Sadly, efforts to trace the owners of these bicycles have been without success, or no-one has ever come forward to claim them. Some of the bikes have been in storage for years.

“The project came about after we publicised a warrant we executed in Hackney in 2020 where hundreds of stolen bikes were recovered. Those are not the ones that are being given away here, but we were contacted on the back of the publicity by Pro Bike Service CIC with an idea for re-distributing old bikes in long-term storage. It seemed like a great idea to give them to people and for them to be put to good use again.”

Lawrence Mohammed, Founder, Pro Bike Service CIC, the high-end bicycle training and servicing enterprise built on a gift economy model, said: “I believe it’s vital we tackle crime at multiple levels, from early intervention with disadvantaged children, restorative justice and effective rehabilitation for offenders, to prevention through bike marking and the return of stolen bikes where possible. Where we are based, on the Olympic Park, has seen rapid regeneration, creating a much more diverse community. If the original community isn’t given an opportunity to become asset holders this can cause tension and damages community cohesion. I built Pro Bike Service in this community to be in service and help solve some of these challenges.

“When I saw the work Jo and her team were doing I thought it aligned really well with our guiding principles. We had already gifted our entire bicycle stock to the NHS staff at Newham, Whipps Cross, Royal London and Homerton hospitals in 2020, so this seemed like an opportunity to do even more to help support those on the frontline who support us.

“All of the bikes gifted need servicing, repair and new parts to be brought back to their former glory and the number of bikes the Met have secured exceeded my expectations. As a result, I am now calling on other bike shops to offer their support to this initiative.

“We are delighted to be working with the police and Here East to facilitate this initiative, which has the potential to become an ongoing model for an inclusive, empowered, resilient and regenerative economy.”

Gavin Poole, CEO of Here East said: “We were delighted to be contacted about the project and were very happy to offer the use of our venue and resources for this project. It has always been a top priority for us to make a positive contribution to our east London community and offer our support where we can for local initiatives. This is a fantastic project which gives back to our frontline workers and we’re proud to be contributing to the scheme.”

If you’ve ever had your bike stolen or borrowed without your permission, you’ll know how upsetting it can be. Here's where you’ll find advice on keeping your bike safe and out of the hands of thieves – as well as what to do to try to get it back if it is stolen. 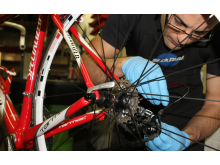 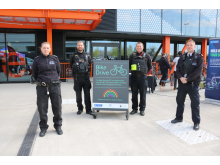 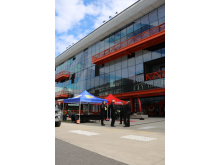 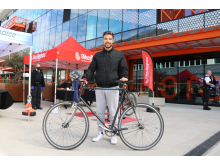 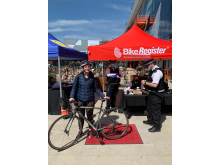 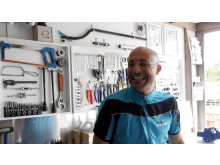 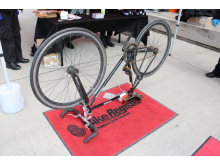 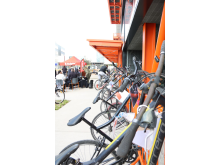