Detectives are today (Tuesday, 29 September) offering a £20,000 reward for information leading to the safe return of three children Bilal Safi, Mohammed Ebrar Safi, and Mohammed Yaseen Safi - aged six, five and three, respectively. The three boys have not been seen since Thursday 20 August at around 18:00hrs when they were taken by their father, Imran Safi.

At the same time, they are releasing the image of a man they would like to speak to in connection with the abduction of the three boys. The man officers would like to identify and speak to was in a vehicle, a red Nissan Qashqai, registration PK13 WFO, at the time the children were taken.

Despite extensive operational and forensic work, we have not been able to identify the man, who was sat in the front passenger seat as the car made off from the abduction. The red Nissan was photographed travelling down Malpit Road, Coulsdon, towards Coulsdon Central shortly after the abduction.

He is described as a bearded man and was believed to be wearing a stripy jumper in the car. Anyone who in the Coulsdon area and has dashcam footage from the 20 August, is urgently asked to check their footage. Anyone who thinks they know this man is also asked to urgently call the police so officers can speak to him.

Commander Bas Javid, said: “I can’t imagine how distressing this whole situation has been for the three young boys, who have been taken away from their safe environment, and our efforts to locate Imran Safi continues. We are now offering a £20,000 reward for any information that will help us to bring the children home safely.

“We also need the public’s help to identify a man who was the passenger in the red Nissan at the time the children were taken. He may hold valuable information as to where the children and Imran Safi are. We appreciate that the image is not the clearest quality but we still need people to really study it and see if the man in the picture is one that they may recognise.”

New images of the three boys have been released today as well. The pictures were taken by their foster carer on the day they were taken (Thursday, 20 August) from a park in Croydon.

Commander Javid, continued: “The investigative team has been working tirelessly on this case and we are appealing again because someone reading or seeing this knows the whereabouts of these innocent children and I need them to contact us urgently and provide that knowledge.

“We believe that Safi and the children have most likely left the UK, but our investigation continues and we will continue to do everything we can to locate the children and arrest Safi. Our working theory is that they have left via a clandestine route, but to where? We remain unsure, and that is why we need people across the country, and abroad to share this appeal for information.

“The focus of this operation is returning these innocent children to the UK which is our top priority. We hope that offering this reward will lead to some significant information being passed to us.”

Anyone with any information on the whereabouts of Imran Safi or the three children is urged to call the incident room on 07942599374 – this number is operational 24 hours a day, seven days a week.

Any member of the public who may see Imran Safi should avoid approaching him but call police immediately on 999.

A number of people have been arrested as part of this investigation:

[A] – [H] have been bailed to return to a south London police station at a later date.

Four men - aged between 21 and 41 [I], [J], [K] and [L] were arrested at an address in Ilford in the early hours of Friday, 28 August. All four have been further bailed to return to a south London police station in late November.

[M] A 31-year-old man was arrested at a residential address in Ilford on Saturday, 29 August. He has since been released under investigation.

[N] A 17-year-old male was arrested at an address on Connaught Road in Bristol. He was arrested on suspicion of being involved in the abduction and has since been released on bail.

[O] A 45-year-old man was arrested at Heathrow Airport on Thursday, 10 September for conspiracy to kidnap. He was taken to a south London police station and has been bailed pending further enquiries.

A man has been arrested in the Thornton Heath area 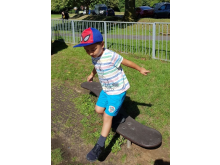 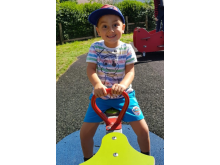 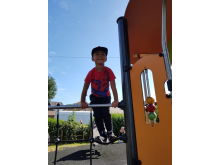 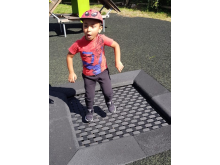 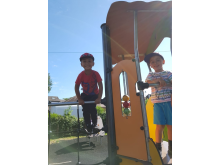 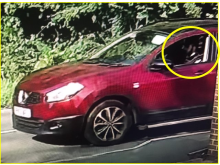 APPEAL: Man in the passen... 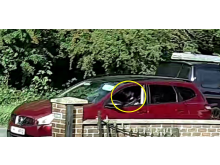