A man has been sentenced for carrying out a string of burglaries across north and west London.

Kevin Braidich, 21(05.02.2000) of no fixed address was sentenced at Kingston Crown Court on Monday, 7 June to five-and-a-half years in prison for five counts of burglary.

The court heard how Braidich carried out the burglaries across London from June 2019 to July 2020 in areas including Highgate, Barnes, Chelsea and Surrey.

Braidich targeted jewellery and watches and the total value of the goods stolen in the series of burglaries was in the region of one hundred thousand pounds.

Braidich was finally arrested in July 2020 when he was detained by officers and members of the public following a burglary at an address in Highgate, where he attacked a home owner.

Following his arrest Braidich was linked by forensics to the other burglaries and was subsequently charged with five offences.

Officer in the case Detective Constable Roisin Mulvihill of the Met’s North Area Command, said: “Firstly I would like to commend the officers and members of public for their work in detaining Braidich at the scene of one of his burglaries. It was because of their quick thinking the he was finally arrested and brought to justice.

"This man had a total disregard for other people’s property. His brazen acts of theft have caused great distress to his victims and I am pleased that he was brought to justice and received a lengthy sentence that his criminal acts deserved.” 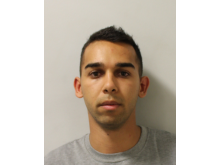