Two men who posed as workmen to carry out a spate of commercial burglaries across London – including the theft of more than a quarter of a million pounds from a high street bank – have been sentenced to jail.


Paul Thompson (20.09.1969) 50, of Carlisle Avenue, Ealing was sentenced to three years in jail at Snaresbrook Crown Court after pleading guilty to being involved in four burglaries between August and September 2019. He had previously pleaded guilty to stealing a car from Lemna Road, Leytonstone between Monday, 2 and Tuesday, 3 September 2019.

Jason Perry (04.08.1971) 48, of Clover Court, Waltham Forest, pleaded guilty and was sentenced to eight years in jail for his involvement in six burglaries – including the theft of more than £200,000 from a bank in Whitechapel.

The two men employed a number of different techniques to carry out their crimes, including posing as workmen to open manhole covers and cut alarm cables.

They also wore facemasks in a bid to hide their identities and used walkie talkies to communicate while on site.

The court heard that police were called on the morning of Monday, 1 July 2019 to reports that a bank on Whitechapel Road, E1 had been broken into.

Five cash machines had been cut into, with a later audit revealing that around £210,039 had been stolen.

An investigation was launched by police and CCTV from the evening of Saturday, 28 June 2019 showed Perry supervising another unidentified man wearing a high-vis jacket and accessing a manhole outside of the bank.

They then returned to their vehicle, a white Ford transit van parked nearby, and returned to the bank, entering via a building site next door after making a hole in the wall.

They were then seen on CCTV going back and forth between the bank and the van and carrying bags, before driving away at 01:07hrs.

The next morning, Perry and the second man returned to the venue and continued their burglary.

While police enquiries into the incident continued, Perry went on to commit further offences as below, a number of which (offences one, two and five) were carried out alongside Thompson.

1) Sunday 12/Monday, 13 August 2019 – supermarket broken into on Lea Bridge Road, E10. Thompson was seen wearing a mask during the offence and a quantity of alcohol stolen to the value of over £2,500

5) Sunday 1/Monday, 2 September – attempted break in of bank on High Road, Ilford. Perry and Thompson were seen to use walkie talkies to communicate.

Both men were now under surveillance and on Sunday, 15 September were seen outside of Leyton Leisure Centre at around 22:00hrs, lifting up a manhole cover outside the premises and cutting cables within it.

CCTV also showed Thompson approaching the doors to the leisure centre with Perry looking on.

They then left the scene but returned later that night when they forced open the fire exit doors.

Perry’s home address was searched by police and items from a number of the burglaries found, as well as a quantity of cash. The walkie talkie used during one of the incidents was also seized, while the mask worn by Thompson was located in a van being used by the pair at the point of arrest.

Detective Constable David Reed, from the Met’s Flying Squad, said: “Both Perry and Thompson are career burglars who targeted multiple businesses over the course of four months, causing significant losses.

“The offences were carefully planned and included accessing manhole covers to cut cables in order to disable CCTV and alarm systems.

“Despite this, as a direct result of a proactive operation led by the Met’s Flying Squad, strong evidence was obtained connecting them to these crimes leaving them little choice but to admit their involvement.

“Had they not been caught, I am certain they would have gone onto commit further offences and they are now rightly behind bars where they belong.” 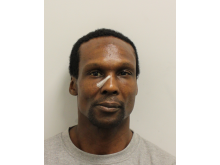 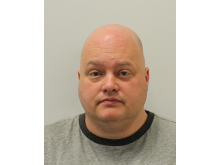 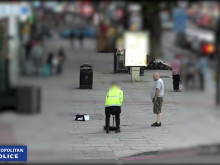