Thousands of pounds in cash, drugs and a loaded handgun are among the items seized this morning (Friday, 15 May) following an early dawn raid in Tower Hamlets in which seven people were arrested.

Officers from the Central East Gangs Taskforce team executed a drugs warrant at an address in Eric Street, E3.

Seven people were detained, four of whom as they attempted to flee. Several hundred grams of drugs were thrown from the balcony in an attempt to dispose of it in the process.

Officers searched the property and discovered a large scale drugs operation in place. Several bricks of suspected heroin and crack cocaine were recovered, with approximately 1000 wraps of each packaged up.

Also found in the kitchen, on top of a cooker and wrapped in a towel, was a loaded 9mm firearm with magazine. This has been seized and taken for specialist analysis.

Six males [A], [B], [C], [D], [E] and [F], all believed to be aged in their teens to 20s, and one female [G], aged 15, were arrested on suspicion of possession with intent to supply class A drugs, manufacture of class A drugs and firearms offences.

All are in custody.

Detective Sergeant Sam Livesey, investigating, said: “My team are delighted to have seized such a substantial amount of drugs and a dangerous weapon. This is the result of our hard work and will make London’s streets all the safer.

“The Gangs Taskforce at Central East, covering Hackney and Tower Hamlets, are absolutely committed to targeting the most serious and violent criminals. Operations like this are evidence that if you are involved in serious criminality, you can expect to see us at your door soon.”

Read more about the Met’s recent announcement that as the Government begins to remove some lockdown restrictions, officers are continuing to proactively bear down on violence in all its forms.

Do you know about someone who is carrying a knife or is involved in violence? If you have information that could help keep your community safe, but don’t want to speak to police, please contact the independent charity Crimestoppers on 0800 555 111 or www.fearless.org. They do not ask your name and cannot trace your call or IP address. 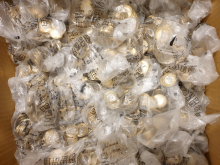 Some of cash seized 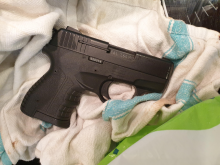 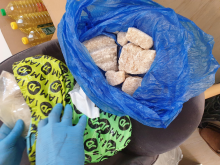