Officers have made seven arrests following early morning raids in South London and Kent to disrupt drugs and associated violence.

On Thursday, 29 October officers from the Violent Crime Taskforce carried out seven warrants at 05:00hrs in an operation to apprehend individuals involved in county lines drugs supply.

They were supported by officers from South Area BCU, the Territorial Support Group and colleagues from Kent Police.

The warrants were the culmination of an investigation into county lines drugs supply that began in May. Detectives believe the individuals arrested this morning have been exploiting young people to courier drugs out of London. Those arrested were classed a high harm offenders where they have links to violence or have a violent background.

Officers have implemented safeguarding measures around any victims of exploitation, along with partners and the local authority.

The operation resulted in:

- Seven arrests for offences including conspiracy to supply class A drugs, possession of criminal property and modern slavery;
- Around £20,000 cash seized;
- Class A and B drugs found;
- A knife was recovered during a search of an address in South Norwood.

Detective Constable Ray Sekalongo, of the VCTF investigation team, said: “There is undoubtedly a link between drugs and violence and this investigation proves that.

“Those arrested this morning as part of our drive to apprehend high harm offenders are gang members or have links to gangs, they are incredibly dangerous and cause destruction in our communities.

“We will continue to work closely with colleagues from other forces, partner agencies and the community to dismantle drug dealing networks. Tackling violence is our top priority.

“This enhanced activity to target wanted individuals linked to violence was born out of the pandemic and continues as part of the annual Autumn Nights campaign.

“Working together, we are acting on information provided to us by the public and partner agencies to target those involved in this illegal activity that has a hugely detrimental effect on the quality of life for the law-abiding community.

“I urge anyone, if something doesn’t feel right – it may not be. If you have information about any criminality in your area to contact police, or Crimestoppers, so that we can take proactive action - your information is invaluable to us and could help a child or vulnerable person.”

They all remain in police custody while the investigation continues.

+ Even through this challenging pandemic officers across the Met have remained committed to tackling violence and as part of this, bringing those intent on peddling drugs to justice.

We are not complacent and would like to hear from anyone who has information about crime, those who carry a weapon, or those who exploit others for gain or revenge, while putting young people’s lives at risk.

Community intelligence can be used to great effect to not only detect, but also prevent crime, keep London safe and save young lives. If you don’t want to speak to the police, contact Crimestoppers on 0800 555 111. They are a totally independent charity and you will remain 100% anonymous - they never ask your name and they cannot trace your call, your IP address or the device you use. Alternatively, visit their website.

The Met’s annual campaign to shut down anti-social behaviour and associated criminality, Autumn Nights, has begun. A range of operational activity is planned over the three-week period to intensify existing efforts to prevent and bear down on violence in all its forms.

More than 850 arrests during Met-wide crackdown on violent crime

Over 850 high harm offenders have been arrested by the Met in the last four months during the crackdown on violent offenders. 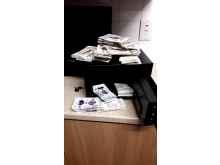 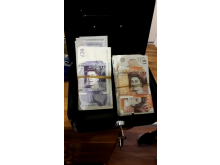 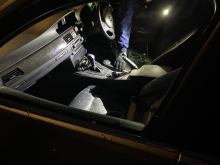 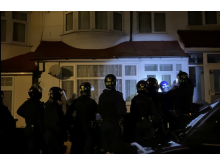 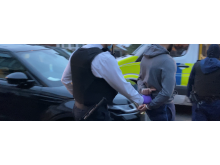