A group of six men and a teenager who took part in an organised fight armed with knives and other weapons in Westminster have been sentenced.

The group received a total of 17 years and 10 months' imprisonment after they were sentenced at Isleworth Crown Court this week.

On Wednesday, the following were sentenced;

[A] Jordan Bedeau, 18 (13.3.2001) of Colville Square, Kensington and Chelsea, was sentenced to three years' imprisonment. He pleaded guilty to violent disorder, possession of an offensive weapon and breaches of a Criminal Behaviour Order (CBO) at an earlier hearing.

[B] Rhys Herbert, 19 (29.6.2000) of Lonsdale Road, Kensington and Chelsea, was sentenced to two years and six months' imprisonment. He pleaded guilty to violent disorder and breaches of a Criminal Behaviour Order (CBO) at an earlier hearing.

[C] A 17-year-old male from Hammersmith and Fulham was sentenced to a 10-month detention and training order. He pleaded guilty to violent disorder and breaches of a Criminal Behaviour Order (CBO) at Isleworth Crown Court on 2 July 2019.

On Friday, the following were sentenced:

[E] Damani Salmon-Charles, 24 (5.8.1995) of Foscote Mews, Westminster, W9, was sentenced to three years and two months' imprisonment. He denied the offences of violent disorder and possession of an offensive weapon but pleaded guilty part-way through trial.

[F] Youssef Eldrissi, 28 (02.1.1992) of Ilbert Street, Westminster, W9, was sentenced to two years and 11 months' imprisonment. He pleaded guilty to violent disorder at an earlier hearing.

[H] Osamah Elbadawi, 19 (31.5.2000) of Nutbourne Street, Westminster, W10, was sentenced to two years and 11 months' imprisonment. He denied the offences of violent disorder and possession of an offensive weapon but was found guilty on Tuesday, 28 January.

[D] Meckeal Pond, 29 (20.7.1990) of Bravington Road, Westminster, W9, pleaded guilty to violent disorder at an earlier hearing. He has a Newton hearing due to take place on 5 May and will be sentenced at a later date.

Detective Constable Russell Bryan, the officer in charge of the investigation said: “These men, running around armed with knives and other weapons, had absolutely no regards for the massive surge of fear and panic that witnesses and members of the public were feeling due to their selfish actions.

“Although two of those sentenced suffered injuries, it’s sheer luck that no one was killed in this dispute.”

On 2 January 2019 at approximately 19:10hrs police were called to reports of a large fight involving 20 people armed with weapons in the area of Great Western Road and Harrow Road, W9. Officers attended but all suspects had fled the scene in various directions.

An investigation was launched by officers, who identified two of those involved shortly after the incident itself. They were: [C] A 17-year-old boy who self-presented at hospital shortly after the fight with a large slash wound to his face and Salmon-Charles, who was treated near to the scene of the incident – he suffered a single stab wound to the chest.

Both were arrested shortly after receiving treatment for their part in the disorder.

Officers recovered and trawled through hundreds of hours of CCTV from different venues around the scene of the incident. They identified a further six suspects, (A, B, D, F, G and H). At least seven knives, machetes and at least one firearm were brandished throughout the course of the fight.

CCTV led detectives to identify a grey vehicle arrived at the scene just after 19:00hrs – 10 minutes before the disorder broke out – with [C] and Bedeau inside. This vehicle was followed shortly after by another red car carrying Herbert.

On 22 January, officers attended the Bedeau's address and carried out a warrant. Inside officers found Bedeau and Herbert. Significant phone examination work placed the suspects at the scene of the incident on the 2 January. During a search of the property, officers located clothing matching that of the suspects identified in the CCTV of the violent disorder.

Following identification by officers, Eldrissi, Wyse and Elbadawi were all arrested. Various items of clothing were seized and a significant amount of phone examination took place, which placed Eldrissi and Elbadawi at the scene, and showed contact with Pond, before, and after, the incident took place.

DC Bryan added: “Violence of this nature has absolutely no place on the streets of London. Officers will continue to work around the clock to disrupt criminal behaviour and arrest those who think they can get away with acts of violence.” 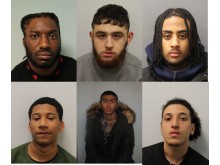 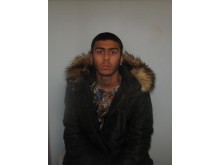 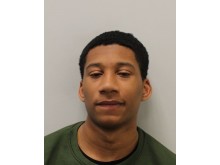 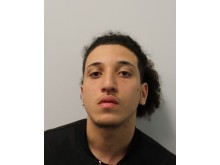 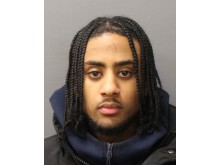 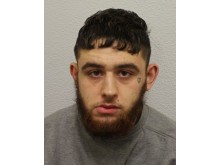 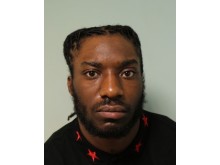 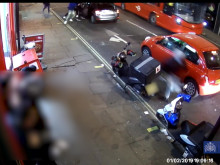 Seven men have been sentenced for their part in a large fight between gangs that took place on Thursday, 2 January at approximately 19:10...