Specialist officers have arrested two men and recovered six zombie knives, a loaded firearm and a large amount of Class A drugs following a warrant in south London.

Detectives from the Metropolitan Police Service’s Specialist Crime Command executed a firearms warrant at a residential address in Stockwell on Monday, 18 January.

On entry, two men aged 43 [A] and 47 [B], were detained and officers searched the property where they found six zombie knives, a large amount of Class A drugs and a suspected self-loading pistol, which contained bullets.

The firearm was made safe and has been sent off for testing.

They were taken to a south London police station and were subsequently released under investigation pending further enquiries.

Detective Sergeant Phil Holt from the Met’s Specialist Crime Command, said: “This warrant resulted a number of dangerous weapons being taken off the streets of London as well as a large amount of Class A drugs. This is yet another example of the inextricable link between drugs and violence.

“Every, single day operations such as this are taking place to remove drugs and weapons from our streets and ultimately make London a safer place for everyone.” 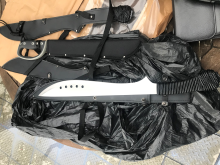 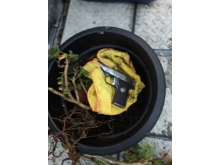