A masseuse from Soho whose home was used for chemsex-fuelled activity was sent to prison for six years and eight months at Southwark Crown Court after being convicted of a series of offences relating to drugs supply and possession of stun guns and false passports.

Flavien Cortes, 38 (25.06.81) supplied large quantities of drugs and offered bondage-themed sexual services to men from his Wardour Street apartment. Detectives seized bundles of cash amounting to £30,000; 40 bottles of gamma butyrolactone (GBL); several tasers; false passports and a variety of class A, B and C drugs.

Among the Class A drugs seized were MDMA, cocaine and a quantity of crystal meth believed to be in excess of two kilogrammes. Also found were 40 litres of GBL, a Class C drug which is a clear industrial cleaning liquid. GBL is used legitimately by commercial garages, but is also taken by some as a drug to reduce inhibitions and intensify sex. The MPS has previously linked the use of this drug to 61 deaths in London.

Detectives from one of the Met's Specialist Crime proactive teams based in south London conducted a surveillance operation culminating in a search warrant executed at Cortes’s address on 15 January this year.

Another 48-year-old man from Islington was also arrested at the address after being found in possession of crystal meth and subsequently cautioned for possession of the Class A drug on 16 January.

Officers searching the flat found large quantities of cash in vacuum sealed bags and the two taser-style firearms disguised as cattle prod and torch, as well as passports in different names. Officers also located a room in the flat designed to facilitate sexual activity with equipment used to record and share online sexual activity.

The search also uncovered a set of scales, and a clipboard with a rota of names - police suspect these may record details of individuals supplying drugs for Cortes.

When Cortes was initially interviewed, and again in court, he said the drugs all belonged to him and that he had been using them to self-medicate in order to ease pain caused by an illness he had been suffering. He said the scales were to make sure he did not overdose and the notebook was to keep a record of his spending - and told officers that he had been working as a male escort to supplement his income.

"This was an intelligence-led, proactive operation, carried out over several months by officers utilising a range of covert tactics.

"It was clear to us that this was a sophisticated operation involving large amounts of cash and controlled drugs changing hands and that Cortes’s home was being used for supply of these drugs and Chemsex activity.

"I would like to commend the officers involved for a lengthy and painstaking investigation. The MPS will continue to work with all our partners and stakeholders to tackle the illegal supply of controlled drugs and reduce the harm they cause to all sections of society.”

Detective Inspector Allen Davis of Project Sagamore, the Met’s response to crime and vulnerability within the chemsex context, said:

‘The MPS recognises that crime in a Chemsex context is not an isolated issue of sexual offending or substance misuse. Chemsex related vulnerability and offending are considerably under-reported, levels of complexity are vast, and the overwhelming nature of the scene can negatively impact on many aspects of a participant’s life. The MPS LGBT+ Advisory Group have described Chemsex as the ‘crisis of our time’ for LGBT+ communities and we know there have been more than 60 fatal overdoses linked to GHB / GBL in London alone.

“From a policing perspective, crime in a Chemsex context can incorporate elements of sexual offending, vulnerability, substance misuse, child sexual exploitation (CSE) and mental ill health. The MPS and the National Prison and Probation Service have established the London Chemsex Working Group (LCWG) and launched Project Sagamore in February 2020.

"Proactive operations to target those involved in supplying drugs within the Chemsex scene compliment a wide range of partnership activity being undertaken to address Chemsex related vulnerability, as this is far from a victimless crime.” 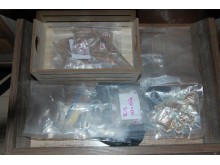 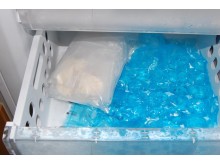 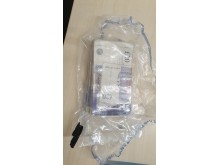 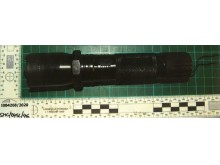 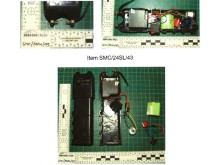