A gun 'broker' at the centre of multiple firearms offences - including the supply of a murder weapon - and his associates have been sentenced.

All eight men were sentenced to a total of 59 years' imprisonment for multiple firearms offences following two separate trials.

[C] Mahad Ahmed, 30 (02.05.91) of no fixed address was sentenced to seven years' imprisonment. He was found guilty in February 2019 of possession of a prohibited weapon.

[D] Anthony Graham, 31 (25.07.89) of Franklin House, Carlton Vale, Brent, was sentenced to six-and-a-half years' imprisonment. He was found guilty in February 2019 of possession of a prohibited weapon.

[G] Arsalaan Talib, 24 (19.09.96) of no fixed address, was sentenced to seven-and-a-half years' imprisonment. He was found guilty on 13 March 2020 of conspiracy to transfer a prohibited weapon.

They were all sentenced at Isleworth Crown Court on Friday, 14 May.

Detective Chief Inspector Driss Hayoukane, from the Met's Specialist Crime Command, said: "This was a complex investigation conducted by specialist detectives over a number of years. In both trials, the jury convicted Ngomo of serious firearms offences. He was supplying firearms to his criminal associates, and through our investigation we were able to identify that one of the firearms was linked to a murder in London.

"I am proud of DC Louise Fleming and DC Neil Kember who together have bought these offenders to justice.”

The first of two investigations making up this case was launched in early 2019. In February of that year, surveillance was carried out at an address on Toovey’s Mill Close, WD4 where officers believed firearms were being stored by Williams.

During surveillance of the address, officers witnessed Ngomo arrive, followed shortly by Rai. Ngomo oversaw the exchange of a firearm between Williams, who was inside the address, and Rai.

Whilst the exchange was going on, Talib and Cowley were all in the vicinity of Dalcross Road, and the Bath Road area of Hounslow. Rai departed the venue in a taxi.

Officers kept the taxi under constant surveillance and armed police stopped it whilst travelling on Bath Road. Rai was arrested for being in possession of the firearm.

The location in which Rai was stopped was 50 metres away from an alleyway where he had agreed to meet Talib and Cowley to transfer the firearm.

Detailed phone work conducted after Rai's arrest led officers to believe Talib was attempting to obtain the lethal barrelled weapon from Williams. This was being organised through Ngomo who brokered the deal.

The second part of the investigation was launched on 21 June 2019 after 25-year-old Edward Simpson was fatally shot on Watermill Way in Feltham.

Four days after the murder, specialist officers were carrying out surveillance in the area of Northwood Recreation Ground in Hillingdon. They witnessed a black 4x4 Mercedes pull up, from which Boland, Ahmed and Graham exited.

They entered the park and made their way to a hedgerow within. Boland entered the undergrowth with Graham. They were seen using a torch to search the area; they left the park shortly after. Officers did not witness them retrieve anything from the location.

Shortly after their departure, officers searched the undergrowth and discovered a black bag containing a loaded firearm. Immediate inquiries were carried out to locate the vehicle the suspects were seen travelling in. Armed officers stopped it on London Road and arrested all three men.

Forensic examination of the firearm found in the undergrowth revealed it to be a pump action shotgun. Forensic experts also confirmed that the recovered shotgun was the same weapon that was used to murder Edward Simpson.

Further forensic examination and detailed phone analysis also led officers to the conclusion that Ngomo and Boland concealed the shotgun within the undergrowth the day before the meeting on 24 June.

DCI Hayoukane, added: "Ngomo was the link to these two separate investigations and was the key to unlocking this network of criminals who were involved in the supply and passing of weapons that have been used in a horrific murder on the streets of London.” 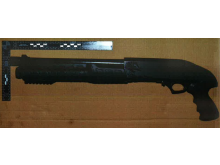 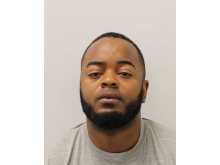 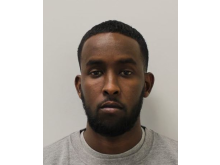 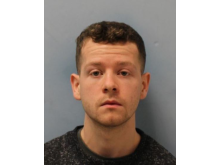 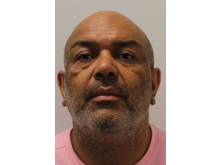 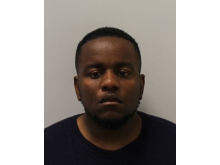 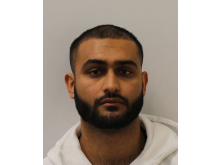 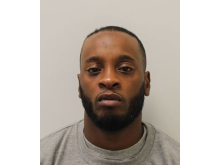