A month-long proactive policing operation has led to an overall crime reduction and zero robberies in West Croydon.

Officers in West Croydon carried out Operation Cleveland between Monday, 8 February and Sunday, 7 March, and made 171 arrests, mainly for drug or weapon-related offences, and recovered 43 weapons, including zombie and Rambo-type knives.

Acting Police Sergeant Russell Easterbrook, who led the operation, said: “Over the last month we have been highly visible in the community and carried out many arrests and daily weapon and drug sweeps.

"Typically there are up to five robberies a week but thanks to our visibility and activity, there were none in West Croydon during the month.

"Local residents, businesses and community leaders have been really supportive in helping us to tackle crime in the area. We were based at the CVA Centre on London Road and received many tip-offs and intelligence reports leading to positive weapon sweeps and arrests. For example, officers were left a handwritten note with detailed information as to where to find a cannabis hiding spot used by the local drug dealers. This led to officers finding a large amount of cannabis.

"The community have absolutely loved seeing police horses and dogs in West Croydon, and the dogs in particular helped us to find hidden knives and to take drugs off the streets of London.

"The operation helped us to engage with the community and local businesses, and we’ve had some great feedback in how such activities are bearing down on crime and making West Croydon a safer place for all."

Superintendent Andy Brittain, added: "This has been a great effort by the community and police officers and has led to some fantastic results. We are now working on the information we received to tackle crime in the area and will continue to keep a visible policing presence in West Croydon." 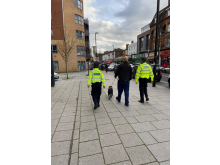 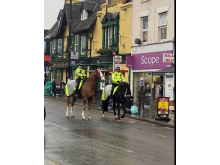 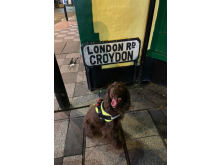 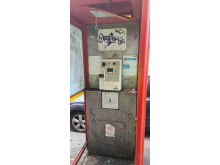 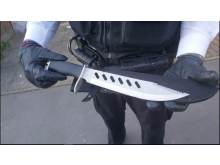