A teenager has been sentenced in relation to the fatal stabbing of a 21-year-old man in Brent.

At the Old Bailey on Friday, 19 February 2021, [D] Tjani Williams-Campbell, 18 (06.11.02) of Neasden, Brent was sentenced to eight years and nine months in a youth offenders institution, having been convicted in December 2020 of the manslaughter of Meshach Williams, who was fatally stabbed in April 2019.

Williams-Campbell was aged just 16 at the time of the incident. He is the third person to be convicted in relation to the murder.

Meshach was walking with a friend along Harlesden High Street at around 21:00hrs on Tuesday, 23 April 2019 when he was passed by two vehicles – a VW Passat and a Renault Clio – travelling in convoy.

The vehicles turned back on themselves, at which point one of the occupants got out and launched a targeted attack during which Meshach was stabbed.

The suspect vehicles then turned round in the street and waited before carrying the attacker away from the crime scene. Meshach’s friend was struck by one of the vehicles as it fled but his injuries were not life-threatening.

Meshach managed to flee into a bookmakers but collapsed shortly afterwards.

He was taken to hospital by the London Ambulance Service where, later that night, he was pronounced dead.

A post-mortem examination gave the cause of death as a stab wound.

An investigation was launched by officers from the Met’s Specialist Crime Command.

It was established that one of the suspect vehicles had been set alight in Gladstone Park in the early hours after the attack.

Three suspects were identified early on in the investigation after CCTV and mobile phone evidence connected them to the scene.

Two were convicted of murder following a trial in November 2019 and jailed. A third man was acquitted.

Williams-Campbell and another male, aged 17 [E], were arrested in September and December 2019 and answered no comment during police interviews.

They were charged and remanded in custody until their trial in November. While it has not been established who delivered the fatal attack, Tjani Williams-Campbell was convicted under joint enterprise after it was shown he was part of a plan to attack Meshach Williams.

The motive for the attack has never been fully established but is thought to have been linked to an earlier dispute involving the same parties.

A 17-year-old male [E] was found not guilty at the same trial.

“Losing my son Meshach is a pain that is indescribable. Heartbroken is an understatement, sad is an understatement, words cannot describe the degree of pain that we are enduring every day. The lingering question is, why? Why did this happen to him? Why would anyone try to hurt us to this degree? Meshach was a son, brother, nephew, uncle, grandson, cousin and friend whose personality was highly infectious.

“My life was unexpectedly turned upside down on the 24 April 2019, when I was informed that my eldest child and only son, whom I doted on completely, was gone forever (I became a grandmother and also lost a son in that same week). A mother’s worst nightmare, news a mother should never have to hear because we all know that a parent should never have to bury their child. This cold and brutal murder of Meshach, that we lovingly refer to as Mesh, has left our whole family in a place of no recovery.”

Detective Sergeant Devan Taylor, of the Specialist Crime Command, said: "I'm grateful that the jury listened to the case attentively and came to the correct conclusion that Williams-Campbell played an active role in the killing of Meshach Williams, and that he has been convicted and jailed for his part in this senseless loss of life.

“Meshach’s family have suffered so much heartache. They sat through two trials and heard each time how Meshach’s life was taken in such a cruel way, yet they remained dignified throughout.

"My heartfelt condolences go out to Meshach’s family and friends. While nothing will bring him back, I hope there is some small solace in the fact that all of those responsible for his death have now been held to account. Enquiries into the circumstances continue and I plead to those who have not yet come forward to do so now."

Detectives are still working to identify others responsible for Meshach's death. Anyone with information is urged to call 101 or tweet @MetCC quoting Operation Rimini.

Alternatively, information can be provided to Crimestoppers, anonymously, by calling 0800 555 111. 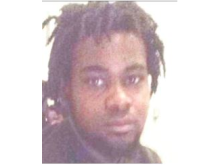