As the weekend approaches, the Met is appealing for Londoners to continue following Coronavirus regulations in order to save lives and protect the NHS.

When Covid-19 infection rates increased rapidly in London, the Met announced that officers will move more quickly to issuing fines in the event of deliberate breaches of the law.

Throughout the weekend, this approach will continue, with officers responding swiftly to reckless breaches such as house parties, unlicensed music events or other dangerous gatherings.

Deputy Assistant Commissioner Matt Twist, said: “Since the outbreak began, Londoners and our health service colleagues have undoubtedly experienced one of the greatest tests of our lifetime. However, throughout this, people have shown astounding generosity, resilience and importantly, compliance with the rules.

“As we approach another weekend, I would urge Londoners to keep up their compliance with the regulations – the Capital has not yet beaten this virus and the risks still very much remain. There can be no doubt that by staying at home, you are helping to save lives by minimising the transmission.

“Astonishingly there remains a small minority who are ignorant to these risks and who continue to make reckless and dangerous decisions. The NHS is under significant strain and the actions by some people to hold parties or large gatherings is frankly shameful.

“In those cases where people have made it clear they are prepared to put lives in danger by holding large gatherings, we will move swiftly to enforcement.”

Over the last week, the Met responded to a bar which was still open and serving customers. In Brent, 14 people attended a car meet, intentionally breaking the rules and potentially spreading the virus.

In both of these cases, fixed penalty notices were issued by officers.

On Monday evening, officers attended an address on Scotts Road in Southall where a shisha bar was operating out of a unit on an industrial estate.

Officers were called to the unit following concern from members of the public and after arriving on scene, found 29 people inside, one of whom tried to run out of the unit as police entered.

The gathering was not only a potential breeding ground for the virus, but the poor management of the shisha pipes inside presented a fire hazard.

The owner of the property has been reported for consideration of a fixed penalty notice, police continue to monitor the area for additional breaches. 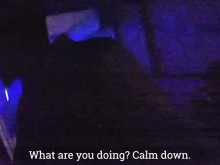