Three males have been charged with the murder of Anthony Adekola in Colindale.

They will next appear at the Old Bailey on Wednesday, 16 September.

A fourth male – [D] aged 15 – has been bailed pending further enquiries to a date in mid-October.

This follows an investigation after police were called by the London Ambulance Service (LAS) at approximately 23:05hrs on Saturday, 5 September to reports of a stabbing on Debden Close, NW2.

Anthony Adekola, 22, was found in nearby Martlesham Walk, suffering stab injuries. He was pronounced dead at the scene.

Enquiries continue by homicide detectives from the Met’s Specialist Crime 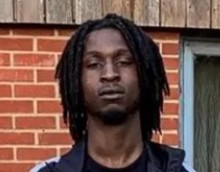 Teenager charged with murder of Anthony Adekola in Colindale

[J] aged 16, was arrested on Tuesday, 6 October and charged on 7 October with murder.