Three people, including a Metropolitan Police officer, have been found guilty of offences following an investigation into the possession and distribution of an indecent image of a child.

Novlett Robyn Williams, 54, a superintendent based within Frontline Policing, was convicted at the Old Bailey on Tuesday, 19 November of possessing an indecent image of a child, namely a moving image file.

She was found not guilty of corrupt/improper exercise of police powers and privileges by a constable in failing to report the distribution of that image.

Jennifer Hodge, 56 (04.10.63) of Deacon Road, NW2 was convicted of distributing an indecent image of a child, namely a moving image file.

Dido Massivi, 61 (12.12.57), also of Deacon Road, NW2 was found guilty of the same offence plus further counts of distributing an indecent image of a child, namely a moving image file, and possession of extreme pornography after more material was found on his phone.

All three will be sentenced on Tuesday, 26 November.

Supt Williams was one of 17 people sent the video via WhatsApp on 3 February 2018 by her sister Hodge who received it from her partner Massivi.

It was alleged Supt Williams did not report the matter to police as she was obliged to. Officers had already been alerted by another woman who had received the video and attended a police station on Sunday, 4, February 2018. An investigation was launched.

Deputy Assistant Commissioner, Professionalism, Matthew Horne said: “The prosecution called this a ‘sad case’ and referred to the ‘serious errors of judgement’ made by those involved. The court heard that Supt Williams has led a distinguished career in policing and previously been commended for her professionalism.

“The Independent Office for Police Conduct is carrying out an independent misconduct investigation into the actions of Supt Williams and we await the outcome.”

Supt Williams remains on restricted duties at this stage. 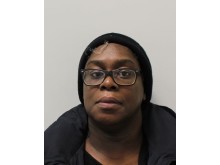 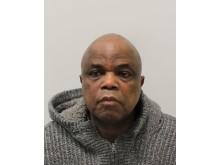