Three males who stabbed a new father to death have been jailed for his murder.

Berhane [A] was sentenced to life, with a minimum of 21 years for the murder of Nashon Esbrand.

Zambon [B] was sentenced to life with a minimum of 21 years.

[C] was handed a 12 year sentence for the murder.

Berhane and Zambon were found guilty of murder following a trial at the Old Bailey on Monday, 26 March. [C] pleaded guilty to murder on Wednesday, 7 March during the trial.

The court heard how on the afternoon of Thursday, 24 August 2017 Nashon Esbrand, 27, of Upper Holloway, had been visiting his parents address in Islington, N1 with his girlfriend and his two-week-old baby girl.

After dropping his girlfriend and baby back at their home, he then set-off to return to his parent's address to pick up his car.

However, en route back to the address Nashon came across two males, one later identified as Dillon Zambon.

It is believed that one of these two males were part of the group that had been previously threatening Nashon.

Nashon was witnessed being chased along Essex Road into Mitchison Road then by a larger group of males on bicycles. Nashon called his father and told him he was being chased. Nashon’s father left the address to find his son and flagged down officers in a police car to assist.

Nashon was cornered on the steps of an address in Mitchison Road by the group before being stabbed. This happened just a few yards away from his parents’ address.

Police were called at approximately 18:50hrs to Mitchison Road, N1, after being informed by a member of the public that a man had been stabbed. The officers, who were already looking for Nashon with his father, responded to the call and arrived at the address.

The London Ambulance Service attended and the victim was taken to an east London hospital but sadly died at 02:30hrs on Friday, 25 August from his injuries.

A post-mortem examination discovered three knife wounds, one to the edge of his right thigh, one on the rear side of the upper left leg and one superficial stab wound to the right side of his torso.

The cause of death given was stab wounds and severe loss of blood.

Detectives from the Met's Homicide and Major Crime Command (HMCC) launched a murder investigation. A number of key eyewitnesses were spoken to and a vast amount of CCTV from the area was reviewed, ultimately resulting in the positive identification of Berhane, Zambon and the 16-year-old youth all involved in the attack.

All three were arrested in early September 2017 and subsequently charged with Nashon's murder.

Nashon cared for his mother Princess, who has a chronic heart condition.

In a statement, she said: "Nashon was my youngest child. I was extremely close to Nashon due to the fact that he was my carer. My son was like my friend. He was just everything to me. We were very, very close.

"Nashon was murdered on the street where I live, only a matter of yards from my front door. When I leave the house, I become anxious and have panic attacks. I have lived in Mitchison Road for the last 13 years and now I no longer want to live in my house. It has too many memories. I think about his last words which were ‘don’t let my Mum see me.’ It is so awful, I just can’t get over it."

Nashon’s father Desmond Esbrand said in a statement: "Due to the fact that my son has been murdered my life has changed totally. Nashon was the perfect son to me and his mother.

"My life is just filled with sorrow due to the nature of his death. It would have been a lot easier if his death had been due to an accident or illness. I will never stop asking the question ‘why?’ because I believe that it was such a waste and unnecessary. Nashon was my only son."

Detective Chief Inspector Nicola Wall, who led the investigation, said: "The suspects, all riding pedal cycles, pursed Nashon through the streets, they caught up with him virtually outside the house where his parents lived and fatally stabbed him. Today three young people have been jailed for murdering Nashon, a much loved son, brother and father. I hope the sentencing has provided Nashon’s family with some comfort and reassured the wider community of our determination to bring offenders to justice, to this end we continue our pursuit of all those involved in the murder of Nashon."

Anyone with information about this case is asked to contact the incident room on 020 8785 8244.

To give information anonymously call Crimestoppers on 0800 555 111 or visit crimestoppers-uk.org.

+ Berhane [B] also received the following sentences as a result of another trial involving the kidnapping and torturing of a man in August 2017. This case is not related to that of the Nashon Esbrand murder.
- 12 years for kidnap
- 6 years for blackmail
- 4 years for GBH
- 3 years for robbery

These sentences will run concurrently with the 21 year sentence for murder. 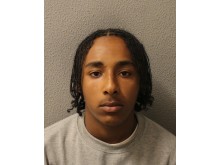 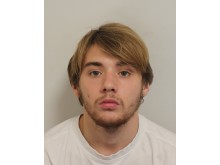