Three men who were convicted of killing a man in Southall have been sentenced.

Sufi Osman died shortly after being chased and set upon in September last year – he received a fatal wound to the neck and just over an hour later was dead.

Samatar Hirad, 22 (01.07.98), of Cippenham Lane, Slough, was found guilty of murder at the Old Bailey on Thursday, 17 September. He was sentenced to life imprisonment at the same court on 7 October, to serve a minimum of 24 years.

A man, later identified as 22-year-old Sufi, was found with stab injuries outside a juice bar on The Broadway, Southall, near the junction with Saxon Road.

He had been chased, stabbed and left for dead on Abbotts Road before managing to stumble along the road and call for help.

Officers and LAS were quickly at the scene outside the juice bar which Sufi had made his way back to, but as he was blue-lighted to hospital, he died. He was pronounced dead at 05:26 hours.

On 24 September, a post-mortem examination was carried out by Home Office pathologist Dr Ashley Fegan Earl and cause of death was given as shock and hemorrhage and a stab wound to the left side of the neck.

Officers recovered a kitchen knife, the blade of which was serrated and 21.5 cm in length, from an alleyway between Dane Road and Marigold Road, a short distance from where Sufi was stabbed.

A complete DNA profile which matched Sufi’s was obtained from the blade, and was identified as the murder weapon.

The three men were arrested, charged and convicted almost a year after the killing.

Detective Chief Inspector Rob Pack, said: “This was a senseless and tragic loss of a young man’s life. It highlights the continuing blight of those who carry and use knives in our communities. This death and these sentences show there are very real consequences for such actions.” 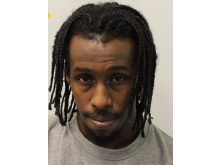 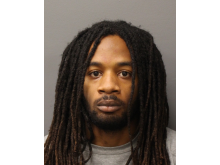 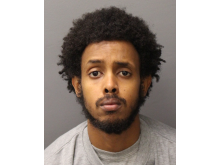 Sufi Osman with his mother’