Three men have been jailed after officers from the Met’s Flying Squad seized more than £1.1 million worth of Class A drugs.

The men were sentenced at Kingston Crown Court on Thursday, 12 November for conspiracy to supply Class A drugs, namely cocaine.

Chambers pleaded guilty to the offence at Kingston Crown Court on Wednesday, 15 July, while Balogun and Lamb pleaded guilty on Monday, 28 September, at the same court.

Officers from the Met’s Flying Squad carried out an intelligence-led investigation and were able identify Chambers as a person of interest, relating to an elaborate drugs conspiracy.

Chambers recruited Balogun and Lamb to become his drug runners during the height of the Covid-19 global pandemic.

Balogun was a licenced minicab driver and would use his profession as cover to conduct drug ‘runs’ across London and south east England, while Lamb posed as a legitimate passenger in Balogun’s cab by sitting in the back during the drop offs.

On Monday, 18 May at approximately 08:40hrs, officers observed Balogun drive to the South Norwood area in his white Toyota Prius where he picked up Lamb.

At 09:31hrs, Balogun and Lamb stopped at Campden Grove, Kensington, where Chambers, who was on foot and carrying a rucksack, was waiting.

Chambers was then seen walking to the rear of the vehicle, where he handed over the rucksack to Lamb, shortly before taking his rucksack back and walking off as the vehicle drove away.

At 11:04hrs, the vehicle, still driven by Balogun, made a stop at Newmarket, Suffolk, and Lamb made a drug drop off shortly before getting back into the vehicle and making a further stop at Denham, Buckinghamshire, at around 12:50hrs, where the two men collected drugs.

At 13:25hrs, Balogun and Lamb drove back to Campden Grove in Kensington where Chambers met them again and was seen getting into the rear of the vehicle with a rucksack.

As Chambers entered the vehicle, plain-clothed officers intercepted the Prius and arrested the three men for conspiracy to supply Class A drugs.

A search of an address that Chambers was residing at in Vicarage Gate, Kensington, resulted in the seizure of two encrypted smartphones, electronic scales, £7,000 in cash, and a 1kg block of cocaine. This operation is separate from Operation Venetic.

A further search of Balogun’s address in Wood Lodge Gardens, Bromley, resulted in the seizure of the following items:

Detective Constable Mike Bunn, the investigating officer from the Met’s Flying Squad, said: “This crime group were supplying multiple kilos of cocaine across London, and the UK, on a weekly basis.

“Antonio Chambers ran his drug empire from the comforts of Kensington and used members of his firm to do his bidding.

“There is an undeniable link between drug dealing and violence, and I am pleased we have prevented these drugs from being sold on our streets and bringing chaos to London’s communities.

“This dangerous individual has been locked up for a considerable amount of time. I hope this sentencing sends a clear message to anyone who is considering carrying out similar acts that we will absolutely use all legal powers available to us to bring offenders to justice." 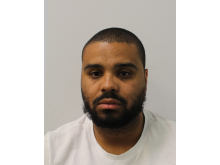 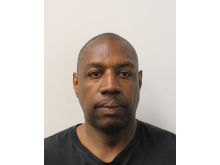 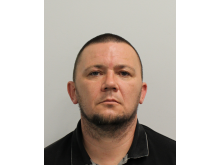 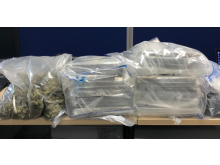