Three men convicted of murdering Joshua White and wounding another man have been jailed for life.

Joshua was fatally stabbed outside a shop in Frampton Park Road, Hackney, on 26 April 2019.

He was randomly picked out by three young men who were carrying out the orders of a senior gang member to “ride out” and commit violence in a bid to prove themselves and gain notoriety.

Just minutes after attacking Joshua, the three men would go on to stab another man – also picked out at random – in a nearby street. He was injured but survived the attack.

All three men were also found guilty, after trial, of Section 18 GBH (wounding with intent) in relation to the attack on the second man.

Harley McGivern, 20 (05.02.2001) of the Beecholme Estate, Hackney, was found guilty of perverting the course of justice after it was shown he allowed the gang to use his flat and helped them to dispose of their clothing.

At the Old Bailey on Thursday, 22 April, Momodu was sentenced to life imprisonment, to serve a minimum term of 18 years, for murder and nine years for GBH, to run concurrently.

Isaac and Kerrigan were both sentenced to life imprisonment to serve a minimum term of 25 years for murder and 12 years for GBH, to run concurrently.

McGivern will be sentenced at the same court on Friday, 21 May.

Detective Sergeant Andy Sheppard, from the Met’s Specialist Crime Command, said: “The sentences handed down by the court are a reflection of the shocking nature of this crime.

“These men picked out their two victims at random on the street and stabbed them in broad daylight. We very easily could have seen two people killed.

“That they were motivated solely by a desire to use deadly violence to prove themselves in the eyes of fellow gang members makes what took place all the more senseless.

“I would like to pay tribute to Joshua’s parents who have carried themselves with dignity throughout these proceedings. I cannot imagine how hard it must have been to hear, in great detail, the events leading up to and following their son’s murder.

“The video footage of Joshua being chased and stabbed has horrified us all. I recognise how hard it must have been to watch and I applaud his parents for wanting it to be released to the public so that more people can understand the devastating reality of knife crime.

“Tackling violent crime continues to be a priority for the Met and we will stop at nothing to disrupt and deter the criminal gangs who are so often responsible for attacks on our streets. When they commit violent crimes, such as the attack that ended Joshua’s life, we will do everything we can to bring them to justice.”

His mother, Trisha Sargusingh, said: “My son Josh was a kind, loving, happy and caring son. A loyal friend and a sensitive and humble man.

“His passing has left a hole in my heart that will never be filled. From the time of his senseless murder we, as a family, have been mourning not only for him but for the loss of all the experiences, hopes and dreams that he will never now fulfil.

“Coming to court has been so difficult, physically, emotionally and spiritually and although there is no punishment severe enough that can alleviate the horrific manner of Joshua’s death we are hopeful that a strong sentence for those convicted may be a deterrent so that other families may never know a pain like ours.”

Joshua’s father, Leigh White, said: “Upon receiving the verdict today, I would like to say thank you to everyone involved who has contributed to achieving this outcome. The past two years have been extremely difficult not only for myself, but for all of the family and close friends whom Joshua left behind.

“The conviction of those who took his life will not bring Joshua back or ease our pain, but we hope that it will bring us a measure of comfort from which we can start to heal.

“ I hope that today’s verdict will have lasting consequences for those who committed such a heartless and shameful killing and stands as a lesson to others who are considering carrying knives which could result in the loss of other innocent lives.

“Joshua’s life was cut short in such a meaningless and senseless killing. I hope that those responsible recognise the deep psychological and emotional damage that this has inflicted on everyone who knew him.

“Joshua was a caring, loving, beautiful, kind-hearted person, and his death has left such a huge void in all our lives. Life without him will never be the same again. Whilst our pain will never heal, we hope that in time it will become easier for us to bear.” 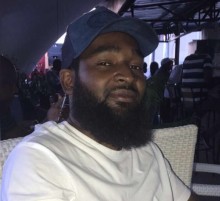 The gang of men who fatally stabbed Joshua White in Hackney in 2019 have been convicted of his murder and the attempted murder of another man. 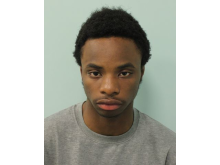 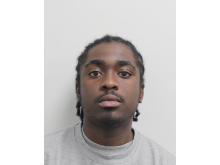 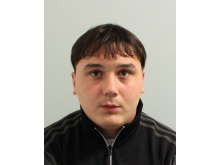 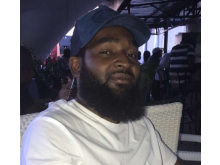