Three men found with Islamic terrorism-related material have been jailed for a combined 14 years following an investigation by counter terrorism officers at the Met and partner forces.

Between August and December 2019, the three men spoke to each other on internet chat groups, and sent messages which showed their Islamic extremist mindsets. They had never met each other in person.

After an investigation of several months, they were arrested as part of a planned operation led by the Met’s Counter Terrorism Command.

Commander Richard Smith, head of the Met’s Counter Terrorism Command, said: “These three young men created chat groups so they could talk about their hatred for others, and their desire to see violent atrocities committed in the UK and the West.

“Tahir and Ismail shared illegal terrorism-related documents and material online, and they were all arrested after proactive policework by officers and staff across the Counter Terrorism Policing network.

“Police and the security services work around the clock to protect the public against people who hold extremist beliefs and wish harm on innocent people.

“Cases like this demonstrate the importance of taking steps to prevent people becoming radicalised. I urge anyone who is concerned that someone they know is potentially at risk of radicalisation to call the Prevent helpline, to access specialist assistance help them take a different path.”

“It’s clear that these men presented a real threat to our communities and I’m grateful for the extensive work of our talented teams at ERSOU and colleagues across the counter terrorism policing network for their role in ensuring this group were not able to cause any further harm.”

In their online conversations, the three men expressed their support of the aims of Daesh, and of violent jihad against “non-believers”.

In one conversation, Saeed spoke about carrying out a terrorist attack in London with a knife.

The three men were arrested on 30 December 2019 during a planned operation by the Met’s Counter Terrorism Command, with support from Counter Terrorism Police North West (CTPNW) and Eastern Region Special Operations Unit (ERSOU).

Each of their mobile phones were seized and analysed, and on each device officers found violent extremist material.

Saeed pleaded guilty on 19 June 2020 at Kingston Crown Court to five counts of possessing an article in circumstances which give rise to a reasonable suspicion that the possession is for a purpose connected with the commission, preparation or instigation of an act of terrorism, contrary to section 57(1) of the Terrorism Act (TACT) 2000. He was jailed for five years.

Ismail, a Dutch national, pleaded guilty on 16 October 2020 to two counts of disseminating a terrorist publication, contrary to section 2 of the Terrorism Act (TACT) 2006. He was sentenced to four years’ imprisonment.

Tahir pleaded guilty to one count of disseminating a terrorist publication, contrary to section 2 of the Terrorism Act (TACT) 2006, at Kingston Crown Court on 27 November 2020.He was sentenced to five years’ imprisonment.

+ Report any suspicious behaviour or activity that you think could be terrorist-related, including online graphic or violent extremist material or content that supports, directs or glorifies terrorism, by visiting the Action Counters Terrorism (ACT) website or alternatively by calling police in confidence on 0800 789 321.

If you are worried that someone you know is being radicalised, visit www.actearly.uk or call the national Police Prevent Advice Line on 0800 011 3764, in confidence. Our specially trained officers will listen carefully to your concerns. Your call could be the intervention that person needs. 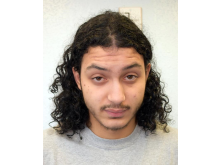 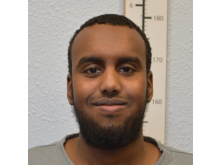 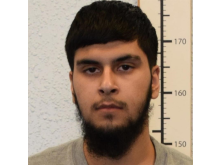 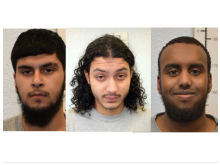