Met officers have seized £2.5 million worth of suspected counterfeit clothes and electronic devices after they opened up 22 shipping containers in Ealing.

Following information received by Trading Standards of counterfeit goods being stored at an address in Enterprise Way in Southall, warrants were executed on the morning of Thursday, 15 April.

Officers using angle grinders are still in the process of opening and excavating twenty-two 20ft shipping containers believed to be housing tonnes of counterfeit designer clothes and branded electronics.

Officers have seized goods including faux designer belts, bags, ear pods and mobile phones, and are continuing to extract and investigate the contents of the shipping containers for examination.

The goods seized are currently valued at £2.5 million.

MPS have worked closely with the Anti Counterfeit Group (ACG) and Trading Standards to investigate the origin of the goods, including those responsible. No arrests have been made to date.

Sergeant Guy Rooney, from Southall’s Safer Neighbourhoods Team, said: "The sheer amount of imitation designer clothes and electronic goods seized this morning is astonishing. We know that criminality at this level is often linked to other crimes in the capital, including but not limited to, modern slavery and money laundering.

Partnership working and intelligence sharing with Trading Standards and ACG has enabled the MPS to lend assets from the service which have ultimately led to this morning’s impressive haul of knock-off items, and will no doubt put a serious dent in these rogue traders' enterprise." 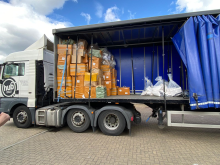 Part of the haul of imita... 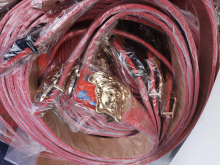 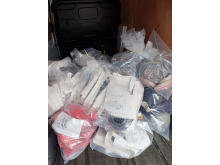 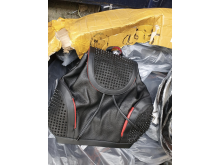 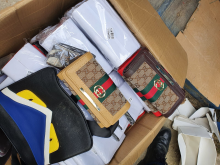