The officers were called to an address on North Circular Road, NW2 on Tuesday, 17 November after concerns were raised about the property by members of the public.

Officers entered the address and immediately noticed that the stairs to a top floor had been barricaded. This raised suspicion and so officers with the help of a police dog worked their way through the building.

At the top of the property they found a large amount of cannabis plants growing.

The plants seized are estimated to have a value amounting to approximately one million Pounds.

Chief Inspector Grace Blake-Turner, from the Met’s Taskforce said: “These plants were evidentially being grown with the sole intention to be sold for a vast amount of profit.

“I’d like to thank the members of public who alerted us to this address. Because they voiced their concerns to police, over one million pounds worth of class B drugs are now off the streets.”

“People are killed in producing cannabis in this way. These criminals also often prey upon the extremely vulnerable, for example by forcing them to manage cannabis farms.

“My thanks to the member of the public and to the Taskforce officers for taking this particular risk off the streets.”

An investigation is now underway to find those involved in the growing and selling of these drugs. 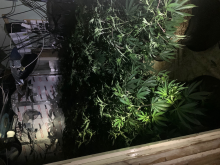 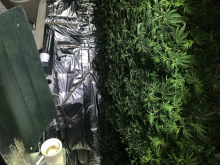 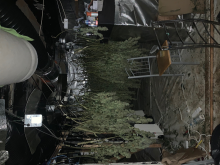