Two people have been convicted in connection with the murder of 18-year-old Santino Angelo Dymiter in Newham in August 2019.

They were remanded in custody to appear at the same court on Tuesday, 6 April for sentencing.

Police were called at around 15:30hrs on Monday, 26 August 2019, to reports of a seriously injured man in the street at Chadd Green, E13.

Officers attended along with the London Ambulance Service and found 18-year-old Santino Angelo Dymiter suffering from multiple stab wounds. He was pronounced dead at the scene at 16:33hrs.

A post-mortem examination held on 28 August 2019 at East Ham Mortuary confirmed cause of death as a stab wound.

Detective Chief Inspector Laurence Smith, said: “The wound that killed Santino was struck with a machete into his back entering more than 12 centimetres and severing arteries.

“The attack on Santino was shocking not only in its ferocity, but also in the amount, and the ineffectiveness of, the planning that had gone into it.”

An investigation launched by homicide detectives from the Specialist Crime Command found that two days prior to the attack, a Ford SMax, had been specially stolen from a carpark in E6 and was stored at Savage Gardens, E6, where its registration plates had been changed.

Two days later, on 26 August 2019, the teenager [A] and Anderson collected the car and travelled in it to Chadd Green where they found Santino and his friend walking along the road.

They attacked both males, but Santino’s friend was able to escape while he, Santino, became the sole target of the attackers who were both armed with machetes.

Following the attack [A] and Anderson left the scene in the stolen vehicle abandoning it off Stansfield Road, E16.

[A] was arrested on 5 September 2019 on suspicion of murder, while Anderson, attempted to cover his tracks by changing his clothes and moving between different hotels and staying at the home of an acquaintance.

Anderson was arrested at an address in Essex on 7 September 2019.

While Anderson was on remand, prison officers heard him boasting loudly to other inmates in brutal and graphic terms about Santino’s murder, this was supported by the fact that his fingerprints were found both inside and outside the stolen SMax and [A]’s DNA was recovered from a cannabis grinder and one of the latex gloves he wore that was left inside the vehicle. The glove was also covered in the victim’s blood.

DCI Laurence Smith, added: “Our enquiries led us to believe that when the two teenagers commit their attack, they intended to murder both Santino and his friend.

“Ultimately, a young man is dead and two people will now waste the best years of their lives in jail. There are no winners. The shockwaves of the convictions and the resulting sentences will resonate throughout the families and loved ones of all of those concerned for years to come.” 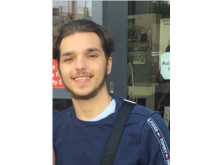 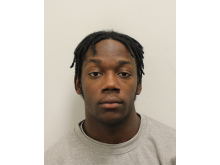