Two men have been convicted at the Old Bailey of the murder of Lennox Alcendor in Cricklewood.

Fearon was additionally found guilty of robbery; a charge Rochester had already pleaded guilty to during the trial.

Both were remanded in custody to appear at the same court on Tuesday, 17 November for sentencing.

Police were called by London Ambulance Service (LAS) at 06:45hrs on Friday, 21 February to reports of an injured man at Anson Road, NW2.

Officers and LAS attended. At the scene 42-year-old Lennox was found in the street with a knife wound to the throat.

A post mortem examination took place on Saturday, 22 February and gave cause of death as a stab wound.

The court heard how Lennox had travelled with a friend to Cricklewood with the purpose of purchasing two bottles of rum from the defendants. They went into the flat of a mutual friend where negotiations over the sale took place. During these discussions, an argument broke out and Lennox and his friend left the property in possession of the alcohol. Lennox had refused to pay, claiming that Rochester was in his debt because his ex-girlfriend owed him money.

Rochester and Fearon followed them and on approaching the pair, Rochester pulled an 11-inch plasterboard saw from his waistband and stabbed Lennox in the throat. He and Fearon then proceeded to punch and kick Lennox as he lay dying while the friend tried to fend them off. They then stole his watch and reclaimed one of the bottles of rum – the second had been smashed during the incident - before casually walking away.

The pair were identified following extensive CCTV enquiries and both were arrested on 25 February. When apprehended, Fearon said words to the effect of: “This thing you’re trying to put on me, this murder, there was someone else involved but I didn’t do nothing.”

“Lennox was killed in a residential street as many people were waking up and starting their day. We may never know exactly what happened but it seems it boiled down to a row over the sale of two bottles of rum. This seemingly minor issue culminated in a vicious and sustained attack on a man who was unable to defend himself. The defendants then callously stole the watch from their victim’s wrist.

“At court Rochester claimed he acted only in self-defence. Fearon said he was unaware that Rochester had a knife and lied about being involved in the attack. These are two dangerous and violent individuals and I’m pleased the jury were able to see through their deceit.” 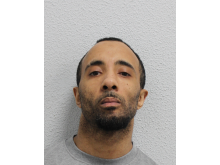 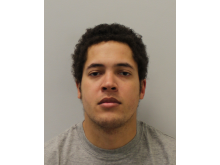