Two men have been jailed after a firearm was discharged in a restaurant in Stoke Newington in 2017.

Jhon Berhane – 19 (24.12.99) of no fixed abode and Dishon Abbott – 18 (18.06.01) of Manger Road, N7 both pleaded guilty at Woolwich Crown Court on Wednesday, 16 October to section 18 GBH with intent. Berhane also pleaded guilty to possession of a firearm with intent to endanger life.


Both were sentenced at the same court on Wednesday, 11 December.

Berhane was jailed for eight years, a sentence that will run consecutively to a current life term he was given after he was convicted in March 2019 for the murder of Nashon Esbrand.

Abbott was jailed for a total of seven years and two months.

The incident happened in Stoke Newington Road, N16 at around 01:20hrs on 12 November, 2017. Berhane and Abbott attended a pizza restaurant and a shotgun was discharged at a 21-year-old man who was inside the shop. The man picked up a chair which absorbed the majority of the firearm discharge and in doing so probably saved his life.

Berhane and Abbott fled the scene on bicycles.

Three days later, officers traced the pair to a flat in Clifton Road, N1. As police entered, a bag was thrown from the window which contained a sawn-off shotgun and ammunition.

Further investigations using CCTV and phone work tied the pair to the scene.

“I am pleased that Berhane and Abbott have been brought to justice following this attack.

“A shotgun was brazenly discharged in a public place and it is only by chance that their intended target wasn’t killed.

“This was a challenging investigation on a number of levels. The victim refused to engage with police, leaving my team to trawl through hours of CCTV footage and examining phone records which confirmed Berhane and Abbott as the suspects.

“The judge commended the work of DC Simon Walsh and I would like to echo his comments; this was a thorough investigation of the highest quality which ensured two dangerous individuals were left with no option other than to plead guilty at court.” 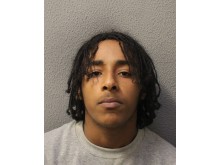 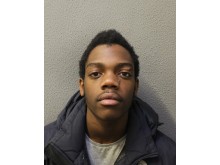