Two people have been jailed following an assault which left a man seriously injured in Southwark.

Both were found not guilty of attempted murder.

On Wednesday, 22 January, they were sentenced at Kingston Crown Court. Phillips was jailed for 18 years and Piasecki to 10 years.

Detective Constable Nicola Barker, from the South Central Command Unit, said: "The victim of this horrific assault fortunately made a full recovery, thanks to the aid administered by the initial responding officers, paramedics and NHS staff.

"But for their efforts the assault inflicted by Phillips and Piasecki could have proved fatal. I hope the sentence we have received today will allow the victim some closure as he moves on with his life."

Police in Southwark were called to Warner Road, SE5 at 05:41hrs on 15 September 2018 following reports of an assault.

Officers attended and found a man suffering from a serious head injury. He was taken to hospital in a critical condition.

Both Phillips and Piasecki were arrested the same day in connection with the incident. They were charged and remanded in custody.

Enquiries were undertaken to identify the victim immediately after the assault, including the issue of a media appeal. However, in late September 2018 the man awoke and identified himself to hospital staff. It was established that the victim and the suspects were known to each other.

Piasecki targeted the victim, approaching him in Camberwell and inviting him back to the address where the assault took place, in order to rob him. Phillips followed them and the victim was subjected to a sustained attack, lasting up to 20 minutes.

In his sentencing report, HHJ Shetty described how the victim was “attacked and beaten savagely.” HHJ also described Phillips as a “dangerous offender” and Piasecki as a ”fairly manipulative person”. 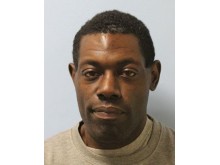 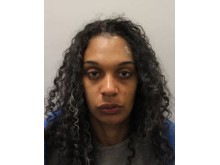